According to a recent news article from Canyon News, one neighborhood is facing a public health emergency due to the fact that residents in as many at 20 apartments are at risk for being exposed to deadly asbestos fibers.  While asbestos fibers can come from many sources, in this case, the danger is posed by the use of popcorn ceilings. 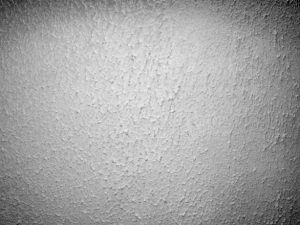 For those who are not familiar with popcorn ceilings, this was a design trend that was popularized in the 1950s and used through 1988 that involved an acoustic dampening foam before a coat of paint was applied to the ceiling.  The purpose of the popcorn ceiling was providing sound insulation so that people who lived in lived in a lower floor apartment would not be bothered by noise coming from the apartment on the floor above. Another reason for the use of popcorn ceiling tiles was because they were good at hiding imperfections in the ceiling boards and the paint.  While they had some beneficial properties, which led to their widespread use, they also had a significant downside.  There were various formulations of the foam used to make the ceiling popcorn, but was Boston mesothelioma attorneys have seen in various cases over the years, most of these formulations contained large quantifies of deadly asbestos fibers.

They were putting workers at a serious risk for inhaling the deadly fibers when they were being installed, and this is why they were not longer used after 1978 when the United States Environmental Protection Agency (EPA) attempted to ban the use of all asbestos.  The reason for using the term attempt is because this ban was later declared unconstitutional by the U.S. Supreme Court on grounds that the EPA did not have the authority to make such restrictions without Congress, since it deals with an application of what is known by Constitutional scholars as the interstate commerce clause of the U.S. Constitution.

In the case discussed in this recent article, they began to scape off the ceiling popcorn in some of the apartments that were not occupied, so they could be renovated and repainted.  This is about the worst thing you can do with asbestos, because dust will be flying everywhere.    The deadly asbestos fibers can also make their way to the building’s heating, ventilation, and air conditioning (HVAC) system of ducts, where they can be distributed throughout the building and even the surrounding area.

The proper, and legal, way to do asbestos abatement is to first submit a plan for approval to the local health department.  Certified asbestos abatement workers, who are wearing safety clothing and using ventilators or respirators, will wet the material to prevent dust.  They will also put up protective barriers around the work area and use HEPA filter vacuums to trap any asbestos fibers that do manage to escape.

The local health department has begun an investigation, but their efforts are being frustrated due to the fact that allegedly nobody wants to admit they own the building despite official records showing who is the current owner.