In a series of pre-trial Daubert hearings, a U.S. District Court is weighing the qualifications of scientific experts in mesothelioma lawsuits against Johnson & Johnson over talc baby powder products that allegedly caused ovarian cancer and mesothelioma. The ruling will impact some 12,000 cases pending before the New Jersey federal court. 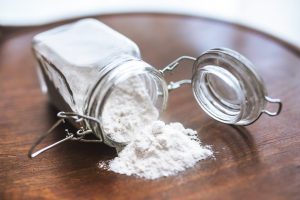 Plaintiff scientific experts are being vetted after a motion by defense attorneys to exclude those witnesses, arguing their scientific testimony fails to meet the stringent criteria of the Daubert standard, set by the 1993 U.S. Supreme Court ruling in Daubert v. Merrell Dow Pharmaceuticals Inc.

Daubert hearings are common in mass torts, particularly those in mesothelioma product liability lawsuits, as they involve issues of exposure and causation – key to establishing liability in this multi-district litigation. The defendant company’s effort to dismiss all of plaintiffs’ expert witnesses would effectively result in the end of litigation for these plaintiffs because without that testimony, they won’t have enough proof of their claim.

So far, none of the claims in U.S. District Court for the District of New Jersey case 3:16-md-02738  have been scheduled for trial.

Defendant company opposes every count of the cancer victims’ claims and asserts the evidence doesn’t show the talc powder it sold (via subsidiaries) is the cause of ovarian cancer. The company wants not only the dismissal of all plaintiffs’ exert witnesses but also of their cases entirely.

What is a Daubert Hearing?

Daubert hearings are something of a “trial-within-a-trial.” They presume that the judge is the gatekeeper of what is admissible evidence in a trial, and that they must carefully consider whether the scientific evidence and/or expert testimony presented meets the qualifications necessary in order to pass legal muster for consideration by a jury.

Judges presiding over Daubert hearings must consider whether an expert’s evidence/testimony is both reputable and relevant. The two most basic questions are:
These are the same questions that were raised/answered under the previous Frye standard, which requires that expert testimony be based on scientific methods that are sufficient and accepted within the relevant scientific community.. The Frye standard stems from the 1923 federal case of Fry v. U.S.
Daubert takes it several steps further than this, with numerous deciding factors in ascertaining whether methodology is valid. These include:
Because of the substantial consequences that can result from a Daubert challenge (i.e., the end of a case or the greater assurance of a win), it’s imperative for mesothelioma attorneys in Boston to know exactly how not only to execute them but also how to effectively counter them.

In the case recently before the federal court in New Jersey, plaintiff mesothelioma attorneys have called five expert witnesses to testify, while the defense has called three. Determinations on these witnesses are especially important because thousands of cases will be impacted by whatever the court decides.

One of those called by the plaintiff is a gynecologic oncologist as well as a professor of obstetrics and gynecology at a prominent university. The fact that he specifically treats cancer of the female reproductive system means his 40 years of experience and areas of study are likely to be highly relevant to these cases.  Further, he’s published hundreds of peer-reviewed manuscripts, written more than six dozen chapters in medical textbooks and edited three other textbooks used by doctors-in-training.

He concluded that plaintiffs’ use of talc products – and specifically those made by the defendant – as applied topically on the female perineum, was causal in their development of ovarian cancer. The toxic talc particles, he testified, migrated into into the cervix, uterus, fallopian tubes and ovaries, resulting in certain mutations of genes that cause cancer.

Further, he noted that while ovarian cancer is generally rare (only contracted by about 22,000 women a year) it’s usually fatal – and there isn’t any way to screen for it. The symptoms are so general and vague that until the cancer has progressed to other areas of the abdominal cavity, attaching to other vital organs, there is often no spotting it.

Application of this talc powder, the expert opined, increased a woman’s risk of developing ovarian cancer by 20 to 60 percent.

Defense lawyers are attempting to discredit the physician by asserting he only formulated his opinion on-the-record on this topic after he was retained as a paid witness for the plaintiffs. Compensation is standard practice for every expert witness, as our Boston mesothelioma attorneys can explain.

Although talc isn’t listed as a risk factor for the disease by the American College of Obstetricians & Gynecologists or the Society of Gynecologic Oncologists, the physician stood by his conclusion that the talc powder creates an inflammatory response that could lead to ovarian cancer in at least 2 out of 10 and in as many as 6 out of 10 patients.

One defendant – a Johnson & Johnson subsidiary that is one of two that used to sell the talc powder, filed for Chapter 11 reorganization bankruptcy earlier this year. Company attorneys in that case reportedly told a bankruptcy judge they do not have the funds to continue litigation of the ovarian cancer cases that have so far been filed.

This, combined with the fact that cancer/asbestos lawsuits that have already been tried have resulted in verdicts topping tens and hundreds of millions of dollars, could mean that a fair number of these cases will be settled.

Eight-day hearing on viability of witnesses in talc lawsuits set to conclude, July 31, 2019, By Nicholas Malfitano, The Pennsylvania Record