There is a common misconception that long-term cigarette smokers don’t have a claim for asbestos exposure in the event of a mesothelioma or lung cancer diagnosis. 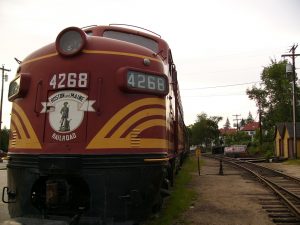 But Consolidated Rail Corporation (Conrail) is only the latest and most recent example of a corporate defendant losing that argument. Last week, an Appeals Court rejected the company’s appeal of a $2.3 million jury award after the jury rejected Contrail’s argument that cigarette smoking was solely responsible for the plaintiff’s lung cancer, despite extensive exposure to asbestos on the job. The justices ruled the victim had met his legal burden of proof by presenting enough evidence to show exposure to asbestos was a substantial contributing factor to his cancer.

That’s the legal requirement: Substantial contributing factor. While a victim’s own negligent behavior (like smoking) may be taken into account, it does not absolve a defendant from all liability.

An experienced mesothelioma law firm in Massachusetts will be best equipped to handle these types of cases. In this case, plaintiff was a pack-a-day smoker and a Contrail employee for 38 years. He worked primarily as a signal maintainer alongside railroad tracks. The signal boxes were made of asbestos. He filed a lawsuit against Conrail under the Federal Employers Liability Act, and a jury awarded him damages of over $4.5 million. But the verdict assessed 40% of the blame for his illness on smoking. That meant that Conrail was to pay 60%: the company’s assessment was amended by stipulation to $2.334,139.81.

Massachusetts law on contributory negligence (M.G.L. Ch. 231 Sec. 85) permits recovery by a victim less than 51 percent at fault. However, damage awards can be reduced by proportion of fault. As we see in this case, even though Conrail lost on appeal, even in losing it was able to escape liability for nearly half the judgment by blaming the victim.

We are committed to assisting railroad workers after injury, disability or diagnosis; filling an FELA claim is one part of comprehensive representation of victim’s rights in these cases. The Federal Employers Liability Act was established by Congress in 1908 to provide protection to government workers in hazardous industries. At the time, President William Henry Harrison declared the hazards similar to those faced by a solider at war. However, like most government funded programs, the FELA (45 U.S.C.51) has suffered from inadequate funding and unnecessary bureaucracy.

Put another way, twice as many people are dying of asbestos exposure resulting in lung cancer, as are dying from mesothelioma each year. Lung cancer caused by asbestos is different than pleural mesothelioma, an asbestos-related cancer that develops in the lining of the lungs instead of inside the lung. Both diseases take decades to develop but only months to spread or metastasize.

Scientific research concludes exposure to asbestos can dramatically increase the risk a cigarette smoker will be diagnosed with mesothelioma or lung cancer. Asbestos exposure causes six times more cases of lung cancer than mesothelioma. Lung cancer claims the most lives of all asbestos-related diseases.

Asbestos exposure is most common in heavy industries, including shipping, firefighting and the railroad and construction industries. Smokers who have worked in these industries, or otherwise been exposed to asbestos during their career, should not assume a cancer diagnosis is the result of smoking. Doctors use standards developed as part of the Helsinki Criteria in 1997 to determine whether exposure to asbestos is the cause of respiratory diseases. Primary risk factor is exposure to asbestos at least 10 years prior to diagnosis.

Additionally, the presence of asbestosis is a reliable diagnostic marker when it comes to determining a patient was exposed to enough asbestos to develop lung cancer. Asbestosis is a pulmonary fibrosis that scars the lungs over time. It is an incurable lung disease that makes breathing progressively more difficult. While there is no cure, treatment can help alleviate symptoms.

Our mesothelioma lawyers in Boston know proving causation is always a complex process in these cases because of the long latency period between exposure and diagnosis. Identifying defendants responsible for your exposure decades ago can be equally challenging. In some cases, liability for asbestos-related diseases has forced companies out of business, resulting in the establishment of bankruptcy trust funds from which compensation may be sought.

While we wrote recently about the cancer risks among military veterans and those who worked in New England’s shipbuilding industry, the Northeast is also home to more railroad workers than anywhere else in the country. The U.S. Department of Transportation’s Federal Railroad Administration reports the U.S. freight rail network is a $60 billion industry consisting of 140,000 rail miles and employing some 221,000 people.

A study in the American Journal of Industrial Medicine in 1987 determined that more than 1 in 5 older railroad workers had a history that likely included significant asbestos exposure. Researchers concluded that railroad machinists and related workers were most commonly exposed to chrysotile asbestos, described by the World Health Organization as a known carcinogen, which can cause cancers of the lungs, larynx and ovaries, as well as asbestosis and mesothelioma.

While workers’ compensation benefits for workers in other industries make benefits an exclusive remedy (meaning that can’t sue a negligent employer for additional damages), the FELA outlines liability of railroad carriers for negligence. This means railroad workers with qualified legal help may be eligible to significant compensation for both economic and non-economic damages.