Those who have suffered Boston asbestos exposure have not only increased their risk for mesothelioma, but also heart disease and stroke, according to a new British study. 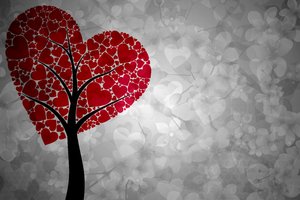 Those who have the greatest exposure risk are workers in the shipbuilding, railroad, automotive and construction industries. However, because it can easily go airborne, exposure is by no means limited to these individuals. Also, the material has been known to have been widely used in schools, public buildings and homes. Those in older structures are particularly at risk.

It’s long been known that those who are exposed to asbestos are at increased risk of lung diseases and cancers, including mesothelioma. Generally, the incubation period for these diseases – that is, the time it takes for you to know about it – is between 10 and 40 years.

They looked at the health histories of nearly 100,000 individuals who worked in the British asbestos industry between the early 1970s and 2005 – more than 20 years. Of those about 15,000 have died.

Keep in mind, male and female workers usually had somewhat different roles in handling the asbestos. The men were usually hired to remove asbestos, while the females had worked in industries that manufactured materials that contained asbestos.

The research was headed by Britain’s Health and Safety Laboratory, and the results are spelled out in the Journal of Occupational and Environmental Medicine.

The reason why these findings are significant is that doctors had long believed that Boston asbestos exposure was tied to cardiovascular disease. But until now, they never had any solid proof.

This is another reason mesothelioma and other asbestos-related diseases are difficult to diagnose – they may masquerade as another disease.

If you are undergoing treatment for a disease you believe may be related to asbestos exposure – particularly mesothelioma – contact an experienced Boston mesothelioma attorney today.

If you or someone you love has been diagnosed with mesothelioma in New England, call for a free and confidential appointment at (617) 777-7777.