Boston mesothelioma lawyers know that this disease is devastating. 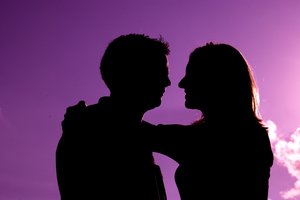 Families are shattered when lives are abruptly ended – in most cases the victims those who had no idea that years before they had been exposed to asbestos, the primary root cause of the deadly mesothelioma cancer.

Now in civil court, these relatives have been known to sue the companies responsible when they suffered second-hand exposure. That is, their loved one came home from work with the asbestos fibers covering their clothing. When their family members hugged them or washed their laundry, they too became exposed.

However, it is this devastating loss of a loved one that is at the center of Sherrell VAnhooser v. Hennessy Industries Inc.
, heard in the 2nd District Court of Appeals in Los Angeles, California. Although it’s out-of-state, this case deals with issues that are relevant to family members of mesothelioma sufferers in Boston. At issue is something called loss of consortium. This is simply legalese for saying that you were deprived of the benefits of a family relationship due to injuries caused by the defendant.

In this case, the primary issue was whether a mesothelioma victim’s wife could sue for loss of consortium, even though the pair had not married until after the husband had been exposed.

The company had argued that the two would have had to have been married at the time of his exposure in order for her to sue for these damages. As you are probably aware, mesothelioma lies latent in one’s system for years – usually decades. So a person who was exposed to asbestos back in the 1960s may only just now be learning of their illness. Once it is diagnosed, the mesothelioma has reached such a point that is deadly within about a year.

So of course the company would want to minimize the damages it would have to pay by limiting the group of individuals who could sue them for loss of consortium.

However, the three-judge panel in the California appellate court ruled that the soon-to-be-widow in this case could in fact move forward on her claim to damages for loss of consortium. This sets a precedent that is encouraging in future case law, not only in California but across the country. In fact, the appellate court expressly stated that this was a recurring issue in a number of asbestos cases awaiting trial.

In this case, the husband served during the 1960s and 1970s in the U.S. Navy and then until 1990 as an auto mechanic – in both occupations, suffering from asbestos exposure from products made by Hennessy. The last time he reportedly had an encounter with these products was sometime between 1988 and 1990.

He then married his wife in late December 1991. His symptoms of mesothelioma did not begin to show up until late 2010. He was officially diagnosed with the disease in June of last year.

He has since sued numerous companies – Hennessy included – for his illness. With regard to the issue of loss of consortium, however, the company argued that the date of discovery and diagnosis of illness are irrelevant. What is important, they contended, was the date of exposure.

Not so, the appellate court decided, saying specifically:

“For purposes of creation of a loss of consortium cause of action, injury to a spouse in the latent disease context occurs when the illness or its symptoms are discovered or diagnosed, not at the time of the tortious act causing the harm.”