A study of more than 14,000 patients with mesothelioma in the United States has revealed that women are more likely than men to survive mesothelioma. The research was published in the June edition of the Annals of Thoracic Surgery in a report entitled: “Women with Malignant Pleural Mesothelioma Have a Threefold Better Survival Rate Than Men.” 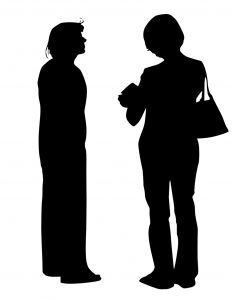 While this is good news for women throughout Boston who suffer from this aggressive type of cancer, it is unfortunately not good for the many male victims. Men were more likely to work in professions where they were exposed to mesothelioma and thus there tend to be many more male victims. Both men and women affected by this type of cancer should consult with a Boston mesothelioma lawyer for help understanding their rights if asbestos exposure made them sick.

Researchers from Mount Sinai Health System in New York and from the North Shore/ Long Island Jewish Health System at the Hofstra School of Medicine reviewed more than 14,228 patient records for patients with malignant pleural mesothelioma. The records were collected from database data between 1973 and 2009 found in the Surveillance, Epidemiology and End Results (SEER) database.

Of the cases that the researchers studied, just 22 percent of the patients were women. The higher percentage of men than women is explained by the fact that men are more likely than women to work in shipbuilding and construction, which are two fields where there was a high risk of asbestos exposure.

When women did develop mesothelioma, the researchers found that they tended to be diagnosed at around the same cancer stage as the men who were impacted by the disease. Both the male and the female patients were generally offered treatment options that were similar.

Researchers adjusted for age, the stage of the cancer, the race of the patients being treated and the types of treatments received but this did not change the data proving the disparate outcome. Women with malignant pleural mesothelioma were still much more likely to be alive after five years even accounting for all of these other factors.

It is not clear why men may have a worse chance of survival than women do. Researchers indicate that the impact of male and female hormones on the cancer should be investigated, as should differences in tumor biology and the extent of asbestos exposure. Understanding how these different factors affect survival could help researchers find new ways to treat this deadly cancer.