Boston mesothelioma lawsuits can be considerably more complicated than other types of personal injury lawsuits. One reason is there often multiple defendants, and all the defendants may be large corporations or asbestos bankruptcy trusts of formerly large corporations with the resources and expertise to fight a plaintiff fiercely. This is true even when they are clearly in the wrong and responsible for plaintiff’s malignant mesothelioma. 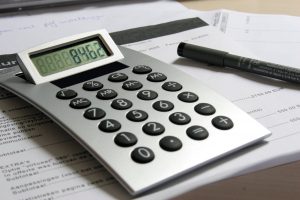 Calculating damages in a case with multiple defendants can be a complex and drawn-out process. Settlements and verdicts tend to depend on:

Courts aim to assign proportionate liability. That is, each defendant is responsible to pay their own share for damages inflicted. Calculating these percentages can be a complex task.

Malignant mesothelioma is a very rare disease that is virtually always the result of exposure to deadly asbestos fibers. Multiple defendants are typical in these cases because the way in which the typical plaintiff becomes exposed to asbestos in the first place – usually many years prior.

As our Boston mesothelioma attorneys can explain, when a person, usually a worker, inhales or ingests the deadly fibers, they become trapped in a layer of tissue known as the mesothelium. At this point, the body has no effective means to expel the fibers, and there is nothing a doctor can do.  Even if the doctor is aware the victim has been exposed to asbestos fibers, all a doctor can really do is monitor the patient each year for signs of cancer.  This will be for a long period of time, because it typically takes between 20 and 50 years for a patient to develop symptoms of malignant mesothelioma, with 30 to 40 years being the average.

Getting back to the issue of multiple defendants, since we are typically dealing with years of exposure that happened decades ago, it is likely that more than one defendant is responsible.  For example, if a worker was employed at a factory and the factory owner decided to have repairs done, the factory owner might be responsible for exposing the worker to asbestos. However, the owner may also use a contractor to do some of the work, and that contractor could also be responsible.

Additionally, the company that manufactured the asbestos products that plaintiff was exposed to on the job could also be a defendant.  However, since asbestos was used in just about every phase of the construction process during much of the last century, it is very likely that during a major renovation project, there were multiple companies’ products using during the job that all contained deadly asbestos fibers. In addition to this, it is quite possible defendant worked at more than one job over the years and may have been exposed to asbestos from various sources.

Moreover, it is also possible that claimant was exposed to deadly asbestos while enlisted in the military, as a commissioned officer in the military, or as a civil contractor in the military.  This is important, because the military has taken the position that, while they will pay veterans benefits to service members, it the fault of the asbestos maker and not the United States Department of Defense.  While this is hardly believable, it has been codified in statute that the military is not liable for asbestos injuries in the vast majority of cases, and this doesn’t look it will be changing any time in the near future.

According to a recent news article from The Oregonian, a jury has awarded $5.4 million to a married couple after the husband was diagnosed with malignant mesothelioma.  The plaintiffs successfully alleged that he was exposed to the deadly asbestos fibers while he was serving in the Navy aboard various ships in the early to mid 1960s.  Following the work in the Navy, plaintiff worked as a pipefitter for over 20 years. Unfortunately, the gaskets used during that time were made from asbestos products, and pipefitters would be exposed when they cut and drilled new gaskets and removed crumbling older gaskets.  The companies that made these gaskets were well aware of how deadly they were but hid this information from workers and the general public.

The 69-year-old wife of plaintiff received a verdict of her own for what is known as loss of consortium.  We have a loss of consortium tort in Massachusetts that can be filed as a direct claim by the spouse—or the surviving spouse, in the case of deadly incident. In the majority of cases, those who are diagnosed with malignant mesothelioma do not live long.  A loss of consortium claims essentially asks defendant to pay for the loss of the marital relationship between spouses as a result of the tortious conduct of defendant.

In this case, the Navy was found to be partially responsible for plaintiff’s injuries, however, as discussed above, the Navy and the Department of Defense are immune from liability, so they will not be required to pay that amount, so plaintiff’s verdict will be reduced accordingly.  You may be wondering why the Navy would be a defendant if they were not liable. It is because the other defendants cannot be held liable for the portion of damages attributed to the Navy.  In other words, if the Navy was not a party for the purposes of deliberation, the jury would not attribute any of the loss to the Navy, and the other defendants would bear those costs. While this may seem unfair to the plaintiff, that is the way this area of the law works.