Mesothelioma is a serious and often deadly cancer that is generally caused by exposure to asbestos. Part of what makes mesothelioma such a dangerous cancer is that the condition is not normally diagnosed until the cancer is quite advanced. Early diagnosis is essential to improving cancer survival rates because the sooner the cancer is caught, the smaller it is and the easier it is to eradicate through chemotherapy, radiation, surgery or other treatment methods. Unfortunately, mesothelioma does not usually show symptoms until the cancer has progressed, and easy screening is not currently possible for mesothelioma as it is for other common cancers such as breast cancer and cervical cancer. 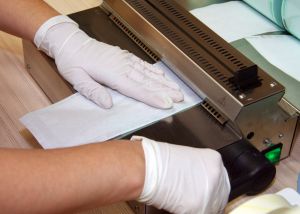 A new study, however, may provide hope for advancing the treatment of mesothelioma and improving survival outcomes. The new study may make it possible to diagnose mesothelioma in much earlier stages, which could allow for treatments that are more likely to cure patients with this aggressive cancer or which could make the cancer more treatable. Our Boston mesothelioma lawyers know that a screening test would be invaluable, especially to those who may have worked in professions where they were exposed to asbestos and who thus know that they have a high risk of developing cancer from breathing in asbestos fibers.

Newsday reports that the information on the new mesothelioma test was published in the Clinical Proteomics Journal in November 2013. The research on the test was conducted at the Institute of Molecular Systems Biology in Zurich, and the researchers made use of a technology called Selected Reaction Monitoring (SRM) in order to identify proteins that were unique to mesothelioma. These proteins are being referred to as a “signature” of mesothelioma.

The researchers evaluated 51 different candidate biomarkers. Each was evaluated in the context of an independent validation set and each was also evaluated in the context of training. The researchers chose to conduct this evaluation because they believed that cancer cells within tumors generally release certain kinds of glycoproteins into the body’s circulatory system. If the proteins associated with mesothelioma could be identified, therefore, then the SRM test could look for those proteins within the circulatory system, thus helping to diagnose when a mesothelioma tumor had formed in the lungs.

With mesothelioma deaths expected to peak towards the end of the 2010s decade, this test could provide an opportunity for physicians to be more effective than ever before in treating the thousands of people who will lose their lives each year as a result of mesothelioma cancer caused by asbestos exposure.