In the United States every year, an estimated 2,500 people die because they were exposed to asbestos at some point in their life. Many of these victims die from mesothelioma, lung cancer or other illnesses that are caused by asbestos fibers that become lodged in their lungs. 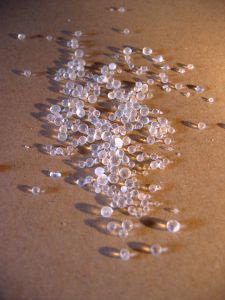 Our Boston mesothelioma lawyers know that the United States government has imposed very strict limitations on the use of asbestos since the dangers of this silicate product were first identified. However, the U.S. remains one of the few industrialized countries throughout the world that has not instituted a comprehensive asbestos ban. In other locations, such as in Spain, a complete ban on asbestos means that there is a projected end-date for mesothelioma deaths.

Recently, BMC Cancer indicated that mesothelioma deaths are expected to continue in Spain until at least 2040. This date is perceived to be the likely end of widespread deaths due to mesothelioma and other asbestos complications in Spain, because Spain instituted a complete asbestos ban in 2002. As a result, by 2040, the natural life span of anyone who was exposed to asbestos on the job in Spain should have ended, and thus there should be no one left alive who was exposed to asbestos and who could develop mesothelioma.

BMC Cancer also took a look at how trends in asbestos use have shaped the number of mesothelioma deaths in Spain. According to the available data, asbestos was first imported into Spain in 1906. Between 1906 and the ban in 2002, an estimated 2,514,346 metric tons of asbestos had been imported into Spain. Like in the U.S. and elsewhere, asbestos was very widely used when it first began to be imported. Those in the ship building and construction industries were especially likely to be exposed to asbestos, as these industries prized the material for its durability, low-cost and fire resistant properties.

By 1960, the dangers of asbestos were just starting to come to light and the use of the product began to wane. However, people started to get sick in large numbers between 1976 and 1980. During this time period, 491 people in Spain died from mesothelioma. These individuals had often been exposed decades before their deaths, and the asbestos fibers lodged inside of their lungs or abdomen caused scar tissue that developed into cancer over time.

Things only got worse them that time and between 2006 and 2010, a total of 1,249 people died from mesothelioma in Spain. Between 2016 and 2020, estimates indicate another 1,319 people are likely to die from asbestos-related complications. This means, on average, that 246 people are expected to lose their lives each year. Most of these victims will be men, as men were more likely to work in fields where they were exposed to asbestos. When women do die as a result of mesothelioma or other asbestos-related illnesses, often it is because they were exposed to asbestos dust brought home on the clothing of men who they lived with who worked in construction or in shipyards.

These deaths are tragic and show that asbestos is a worldwide problem. However, at least the complete ban on asbestos in Spain means the end to people dying of asbestos-exposure in the workplace by 2040. Hopefully, the tight regulations on asbestos use in the U.S. will also mean that deaths due to mesothelioma will be eradicated in the future, although without a comprehensive and total asbestos ban, there may still be U.S. workers who are being exposed to this deadly product.