Vermiculite is a naturally occurring mineral that was used for insulation and other products for decades in the United States. 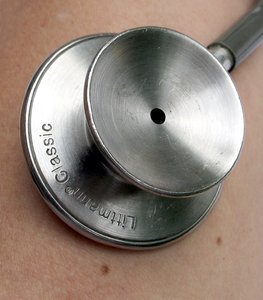 But what companies and employers realized after some time is that exposure to asbestos in Boston and throughout the country can lead to serious and fatal illnesses. Sadly, many of these companies and even the U.S. military realized this was the case and continued using asbestos in their products, even after knowing the ill-effects.

And that put workers in danger. And many of these workers today are suffering from illnesses, such as mesothelioma, because of their employers’ mistakes. This requires the aid of an experienced Boston Mesothelioma Lawyer, who can fight for help in paying for medical bills and the suffering that has taken place because of at-risk work conditions.

As Boston Mesothelioma Lawyers have documented the processing plants, they have also hit on the source of the vermiculite — Libby, Montana. In this Northwestern town, nearly all the population had a connection to the mine. If was the lifeblood of the town.

According to books and articles written on the town, a fine dusting covered the town as it mined and produced about 70 to 80 percent of the country’s vermiculite in the time it operated from 1919 to 1990. People had it on their skin, in their cars and in their homes. They would breathe it in on a regular basis, not knowing the potential dangers.

The asbestos-tainted vermiculite was shipped to plants from Massachusetts to Tampa to Los Angeles and was used to make many commonly used products, such as brake pads, piping, floor and ceiling tiles and insulation for houses and offices.

As the Centers for Disease Control and Prevention has cited, millions of tons of the product were sent across the country on rail cars and sent to stores and into Americans’ homes. While the United States has never officially banned asbestos, for decades officials have known how dangerous this product is.

Few companies currently use asbestos in the United States, but poor third-world countries have continued using it. Canada and Russia export hundreds of thousands of tons of the mineral to developing countries to this day.

And in Libby, the country’s main source of vermiculite for years, hundreds of people have died and thousands have fallen ill in recent years due to exposure. In recent years, the federal government has allocated more than $100 million to helping pay for medical bills and cleanup efforts, even though the mine has been closed for 20 years. That was even after the federal government unsuccessfully prosecuted the head officials of the company that ran the mine.

Libby is in tough shape and there are many people throughout New England and other parts of the country who are in similar positions. Because mesothelioma can take years and sometimes decades to be diagnosed, many people today are feeling the effects of asbestos exposure that happened 30 and 40 years ago. The U.S. Navy was a large user of asbestos on ships and shipyards because it is fire-resistant. Many veterans are suffering today for acts in the past.

If you may have been at risk to exposure, it is important you get medically checked out and consult with a Boston Mesothelioma Lawyer today.