Mesothelioma lawsuits are generally filed under a theory of negligence. The claim is that the company knew or had reason to know that their product could cause mesothelioma, lung cancer, or respiratory illness, and they failed to warn the millions of workers who dealt with the deadly substance on a routine basis.   Failure to adequately warn of a known danger is a specific claim filed in many lawsuits in the Commonwealth of Massachusetts. 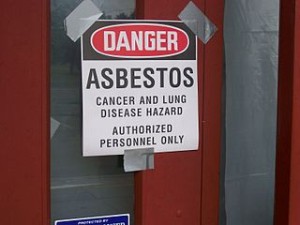 The reason asbestos is so deadly is because, once inhaled, the fibers can become trapped in a layer of tissue known as the mesothelium. Once in the mesothelium, they can metastasize into a deadly form of cancer known as malignant mesothelioma. This process usually takes between 20 and 50 years, so many companies were willing to trade present profits for future risk of mesothelioma lawsuits.

According to a recent news article from the Madison Record, a former United States Navy firefighter is now suing several companies he claimed were responsible for manufacturing the asbestos that would later cause him to develop malignant mesothelioma. He has filed claims alleging damages for negligence, willful and wanton production methods, and conspiracy.

In his complaint, plaintiff alleged he was exposed to asbestos fibers numerous times during his employment from the 1960s to the 1990s, and his exposure was via inhalation and ingestion.   He alleged that the numerous defendants were responsible for manufacturing, distributing, and using the deadly asbestos, which directly caused his injury.

Specifically, he alleged defendants were negligent by failing to act as a reasonable and prudent company with respect to those who would be coming in contact with the asbestos products, including him.   He also alleged that they failed to warn those at risk for asbestos exposure, and failed to include safety instructions on the dangers of asbestos and how it should be handled. While the general public was not fully cognizant of the dangers of asbestos until the late 1970s and early 1980s, those in the industry were well aware of the dangers. This is not only true in the early years of the industrial revolution, but historical documents also warn of the dangers of asbestos, as it had actually be used by humans for thousands of years.

One of the things that make mesothelioma lawsuits different than other types of personal injury cases is that there is generally no question plaintiff’s mesothelioma was caused by exposure to asbestos. The cancer is so rare absent asbestos exposure that doctors rarely see any cases. However, it is not always known what company manufactured the asbestos that caused plaintiffs to become sick, so there is often an extensive amount of work needed to establish whom the actual defendant or multiple defendants should be in a particular Boston mesothelioma injury case.

If you have been diagnosed with malignant pleural mesothelioma, one of the most important things you can do is to make a list of every job you have had and think about whether there was a possibility you were exposed to asbestos. You should also try to find out what jobs others had in your household. Many workers would come home covered in asbestos fibers, kick their boots off, and give their family members a hug while inadvertently throwing asbestos all over the home where others could inhale the deadly fibers.