It is well known that mesothelioma is caused by exposure to asbestos fibers. When the fibers are inhaled, they can become lodged in a layer of tissue known as the mesothelium. The fibers are undetectable and cannot be removed by doctors. In time, normally 20 to 50 years, the fibers can metastasize into the deadly form of cancer known as mesothelioma, lung cancer, or other respiratory illness. 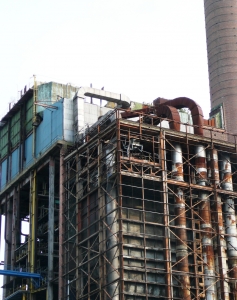 As a young girl, she would frequently hug her father, sit on his feet, and grab his legs while he was covered in asbestos fibers from work. After inhaling the fibers, they became embedded in the tissue that lined her chest and caused tumors to form. At age 22, after having a baby, she was having her tubes tied when doctors discovered the tumors and diagnosed her with mesothelioma.

As our Boston mesothelioma lawyers understand, it normally takes much longer for a patient to be diagnosed with asbestos-related cancer, because victims do not normally develop noticeable symptoms until the disease has reached a much more advanced stage.

She is now 37 years of age and has been living in incredible pain for the first 15 years of her child’s life. While the article notes that she has lived much longer than most mesothelioma patients, she has been in agony for most of that time. She has had two major surgical procedures and chemotherapy that was transfused directly into her abdomen. She is still in extreme pain, and doctors will need to preform another major surgery to see what exactly is causing this pain. She has been told that the National Cancer Institute in Bethesda is willing to perform an experimental procedure that may help, though there is still no cure for mesothelioma.

She stated in the article that if it weren’t for asbestos, her teenage daughter would not have to drive her to the emergency room in the middle of the night when she is in unbearable pain.

While there has been a large scale decline in the use of asbestos since it was almost entirely banned in the United States by the 1980s, the victim wants people to know that asbestos exposure and mesothelioma is not a thing of the past. Despite many attempts over the past 25 years by the Environmental Protection Agency (EPA) to get asbestos banned through administrative orders, the asbestos industry has been able use a loophole to produce asbestos “material” despite the ban on asbestos “products.”

Asbestos material can legally contain up to one percent asbestos and can be imported, used industrially, and sold. While one percent may seem like a small amount, it is important to remember that asbestos comes from vermiculite mines that can create environmental exposure, and people who may become exposed to the dangerous material handle the products.