An unfortunate number of veterans were exposed to asbestos during their time in the military, either through their time aboard ships, in military housing, serving overseas or working in shipyards. Many of these veterans are now at risk of mesothelioma in Boston and elsewhere in the country after bravely lending a hand to defend our country. 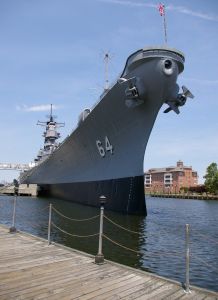 Veterans who have received the unfortunate diagnosis of cancer are urged to contact a Boston mesothelioma attorney immediately. Time is precious and fighting for the financial well-being of your family and loved ones is critical with this diagnosis.

Mesothelioma affects the outer lining of the lungs or the entire abdominal cavity. Diagnosis of the cancer typically doesn’t occur for roughly 30 to 40 years after the initial exposure period. It is not uncommon for those living with mesothelioma to fail to connect the contraction of the condition with their time spent in the military. In the United States, the diagnosis can almost always be credited to the exposure to asbestos.

The military aren’t the only one susceptible to this exposure. Many other occupations face possible exposure to asbestos, including those that work in shipyards, drywall workers, automobile mechanics, power plant workers, oil refinery employees, utility workers, those working in mines and railroad employees.

Although a number of workers are exposed to asbestos every year, veterans face some of the most serious risks — especially those who have served in the U.S. Navy. It is estimated that roughly 3,000 citizens will be diagnosed with mesothelioma in the United State each year. Victims are usually diagnosed around their early 70’s and more than 30 percent of those diagnosed are U.S. Armed Forces Veterans. There are approximately 25 million living veterans, according to the U.S. Department of Veterans Affairs, and hundreds of thousands of them, if not millions, have been exposed to asbestos during their time in the military.

Asbestos was not regulated until the 1970s and in some cases not until the 1980s. Every ship used in the Navy used asbestos as a building material because of its fire proof and heat resistant qualities. It was commonly used in engine rooms and below deck areas and put sailors who regularly worked in these areas at an increased risk.

While the U.S. Department of Veteran Affairs understands that mesothelioma can be a service-related medical condition, they continue to deny disability claims for a number of reasons.