An asbestos products manufacturer contracted by the U.S. Navy in the 1950s and 1960s is being sued by a man who later developed mesothelioma. 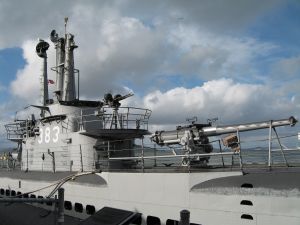 Unfortunately, our Boston mesothelioma lawyers understand the company may have a good chance of ducking responsibility, given the Seventh Circuit Court of Appeals’ recent ruling to remand the case back to federal court, where the firm hopes to obtain immunity.

The reason the defendant in this case wants the lawsuit to be heard in federal court is that it plans to make the argument that it is entitled to immunity as a government contractor. The company, which at the time was doing business as Westinghouse, doesn’t deny that it made and sold asbestos products to the Navy. However, it maintains that this was done in accordance with direct specifications from the Navy. The company further asserts that the Navy had known of the dangers of asbestos since the early 1920s, and yet ordered these products anyway. (Specifically, we’re talking about turbines.)

The plaintiff alleges that he was exposed to the asbestos from the company both during his Navy service and later when he oversaw the construction of a Navy ship as a civilian. From start to finish, this spanned from 1946 through 1971.

But as is typical with mesothelioma cases, the plaintiff did not become ill until decades later. Early this year, he filed a civil lawsuit in state court in Illinois against CBS, as well as 40 other defendants for his mesothelioma diagnosis, contending he contracted the disease as a result of exposure to asbestos products that were made, sold, distributed or installed by each of the defendants.

CBS moved to have the case remanded to federal court under the above-stated federal statute. That request was granted, but then the plaintiff appealed to the federal judge, saying he was only arguing a failure to warn, for which the Department of Defense does not provide immunity. The federal judge granted this request without allowing the defense the opportunity to respond.

CBS then appealed to the Seventh Circuit, which reversed the federal judge’s decision and ping-ponged the case back to federal court. The appellate court said that while the plaintiff had mentioned the failure to warn issue in his complaint, the core of the complaint had more to do with his actual exposure.

This move, of course, gives the defendant a strategic advantage. It shows too that the legal teams that represent these firms are savvy and aggressive. You need someone your side who can match them pound-for-pound – and beat them.