It’s been about 40 years since asbestos was regularly used in the construction, automobile and manufacturing industries in the U.S. 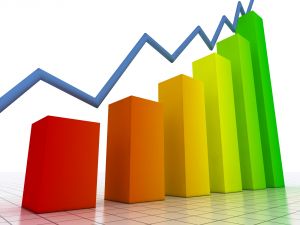 And yet, our Boston asbestos injury lawyers know that diagnosis of mesothelioma, the terminal cancer caused by exposure to asbestos, has yet to taper off to any significant degree.

This anecdotal knowledge was recently affirmed by research published in the International Journal of Occupational and Environmental Health. The study focused on an analysis of available cancer data in determining whether mesothelioma was yet in decline.

In fact the Surveillance Epidemiology and End Results Program determined that the annual incidence rate of mesothelioma in this country is about 3,000. That’s where it has remained for the last three decades.

Eventually, it will decline. However, we’re not likely to see evidence of that for at least another decade or so. The reason has to do with our nation’s history of asbestos use, as well as the way that mesothelioma affects the human body.

Asbestos was widely used throughout the 20th Century for a vast array of commercial purposes. It was prized for the fact that it was durable, fire-resistant and cheap. However as it turns out, it’s also deadly. The material fibers, when airborne, are ingested and create scar tissue surrounding the lining of the lungs that, over time, can develop into mesothelioma, which is fatal.

Manufacturers have known of the risk since the 1930s, but they continued to use it in abundance until the 1970s. In 1973, America was at its peak use of the material, consuming nearly 805,000 metric tons of it.

In 2011, the country consumed just 1,180 metric tons. (It’s undoubtedly a significant drop-off, though we’d rather see that figure at 0.)

Still, the reason we haven’t seen any major reduction in mesothelioma rates is the latency period, which stretches anywhere from 10 to 50 years, averaging 30 to 40.

That means someone who worked with the material in 1975 might just now be learning of the diagnosis. That’s why those who were employed in manufacturing, shipbuilding, construction and electrical jobs prior to the early 1990s (and sometimes even since) need to keep a close watch on their health, as early detection is key for mesothelioma sufferers to prolong life as much as possible.

The other reason we aren’t likely to see mesothelioma rates plummet anytime soon is that it still exists almost everywhere around us. In just about every product or structure built before the mid-1980s, you are likely to find the presence of asbestos. What’s especially troubling is that it gets even more dangerous when it ages or when it’s disturbed.

This is why you have state and federal requirements about asbestos removal. However, those standards aren’t always followed.

We are likely to see many additional cases of mesothelioma in America, though we do look forward to the day when we can say it’s finally abating.