The state of Pennsylvania has had lots of ups and downs in terms of its economy over the past 200 years. The state shifted from an agriculture-based economy to one dominated by mining operations and steel production during the industrial revolution. 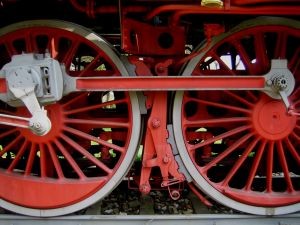 With all of these mines closed, and steel production no longer occurring in the United States, much of the state is trying to find ways to rebuild an economy that has still not recovered. Some cities, such as Pittsburgh, have managed to clean up a lot of the pollution and turn things around. Others are still working on it. Once of the main pollutants left over from the age of industry is asbestos debris. According to recent article from CBS News, this toxic debris is making some towns look like a “third world county.”

Specifically, advocates are talking about Ambler, Pennsylvania, which is located in eastern portion of the state near the New Jersey boarder.   Ambler has seen its fair share of suffering over the years, as the town has a higher rate of asbestos-related illness and death than other areas. Factories that produced asbestos products in large quantities in the town have been closed for years, but their impact on the environment is far from disipated.   Environmental advocates are saying there is toxic debris all over the area. One sample that was recently tested was over 60 percent chrysotile asbestos. This means that toxic waste is literally just lying around for anyone to come in contact with.

As our Boston asbestos exposure attorneys can explain, experts have proven that even short-term exposure to seemingly minute amounts of asbestos fibers is enough to cause malignant pleural mesothelioma, which is a deadly disease caused almost exclusively by exposure to deadly asbestos fibers.

Advocates say basically anyone can wander into an area where there are large amounts of debris made mostly of deadly asbestos material. This is unacceptable and is the reason why they are comparing the town to a third world country. In order to increase awareness of the problem and work with local residents, these advocates hosted a town meeting, which is where they made these comments. Those who attended the meeting were very much aware of the dangers of asbestos, and most knew a friend or family member who had died from mesothelioma. They are concerned that these companies made millions while knowingly poisoning the town and its residents, and then just left the town to deal with the toxic waste they created over the years.