Newton school officials took a major step toward helping their students stay healthy and it wasn’t through new lunch choices or the removal of soda vending machines.

The Boston Globe is reporting that officials spent more than $190 million to build the most expensive school in the state, but it was because the old Newton North High School contained asbestos. 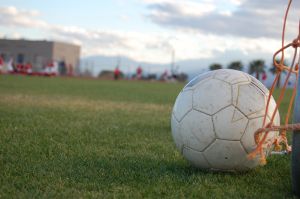 It shouldn’t come as a shock to anyone in New England that our schools are being found to have been built with asbestos. Most schools in Massachusetts were first built decades ago and while many have been improved through the years, the base for these structures likely contained asbestos.

Our Massachusetts mesothelioma lawyers certainly recognize the high cost involved in building new schools. School districts must come up with the money, find land that will support such a large project and also implement plans to transition from one school to the other. It is a huge undertaking, but one that must be done to ensure our children stay healthy.

Old buildings have a historic feel to them and they can look amazing. Growing up or living in New England brings a special appreciation for the past and our nation’s history. But what also must be considered is that these older buildings can do harm to us today.

Asbestos was used for decades throughout the 20th Century because it proved fire resistant, an extremely important quality for building material. But what it also did was prove to be a health hazard.

As asbestos flakes off and gets into the air, people can breathe it in and the asbestos can sit inside and attach to major organs, such as the heart and lungs and even the lining of the stomach. Over decades, the asbestos can turn into cancer, manifested as the rare and incurable mesothelioma.

The process at Newton North High School has seen its ups and downs. It started as a $40 million renovation more than a decade ago in 2000. Within six years, however, it became a project designed around a brand new school costing $141 million. Because of delays, construction costs and unforeseen problems, the price tag increased. Some called for the project to be scrapped.

Adding to the cost of the project was a $7.2 million demolition of the old high school after workers discovered asbestos in the exterior walls. They had to take down the old school brick by brick instead of just bringing in a wrecking crew. That’s because the state has specific rules to follow for dismantling a building with asbestos.

But officials believe they will save about $4 to $5 million from what the anticipated cost would be after all the problems. Officials think they can use that money to make other last-minute repairs or address other needs.

While taxpayers can’t dismiss the high price tag in this economy, the cost of our children’s lives is priceless. We can’t sacrifice their health for money.

Another School Discovers Asbestos, Even Thought Its Effects Have Been Known For Decades: November 22, 2011
Additional Resources: