The family of a former railroad worker from Illinois was awarded $1.4 million in an asbestos-related lawsuit brought on his behalf.

The man had reportedly worked in the rail yards for a company called GM&O Railroad (Gulf, Mobile & Ohio), whose primary routes extended from Mobile, Alabama and New Orleans, Louisiana to Kansas City, St. Louis and Chicago. This man’s work at the company extended from 1957 through 1972, where he worked in both Illinois and Kentucky. 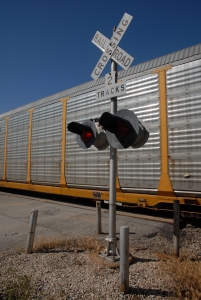 Jurors determined that the railroad company had knowledge of the asbestos hazards putting workers at risk, yet they failed to warn employees. This worker died in 2009 of mesothelioma.

Asbestos was present in many of the train and locomotive components that were widely used between the 1930s and the 1970s. Even beyond that point, after the U.S. Occupational Safety & Health Administration ordered limitations on use of asbestos in construction materials, railroads continued to use it, in some instances quite extensively.

There is ample evidence in these cases that the railroad companies knew about the health risks to which it was exposing workers and did not bother to inform them or take steps to protect them from those risks. In fact, exposure to asbestos is still an ongoing concern for railroad workers whose companies are using parts that were made prior to the 1980s.

We tend to think of railroads as being somewhat antiquated. And its true that long-distance passenger travel has largely shifted to automobiles and airplanes. However, railroads still account for about a third of all U.S. exports and railroad firms continue to employ upwards of 1 million people across the country.

Some of the most common railroad products known to sometimes contain asbestos are:

Because of the pervasiveness of asbestos on trains, even those rail industry workers who weren’t routinely involved in repairs have a good chance of having been exposed.

One study found that instances of mesothelioma and other kinds of lung cancer were three times more likely among railroad workers who were “operating,” such as brakemen, switchmen, conductors, engineers and roundhouse personnel, as opposed to non-operating workers.

Railroad workers may sue their current or former employers for injuries sustained on the job through the Federal Employers Liability Act, or FELA. In order to be successful in a FELA case, the worker has to show that the employer’s negligence contributed to the injury. Such a case may be brought in either federal or state court.