One of the most common tactics employed by asbestos defendants is to drag on proceedings as long as possible. The hope is plaintiffs will be so overwhelmed, they will simply give up. 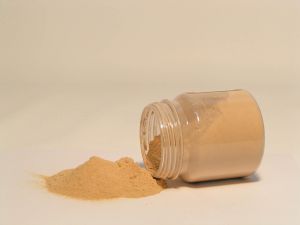 Our Boston mesothelioma attorneys know the fight sometimes extends even beyond trial phase, as many losing asbestos defendants appeal, hoping to slash the verdict or toss it altogether. Experienced legal representation by attorneys who are dedicated to fighting aggressively for the plaintiff at every phase is critical.

This was recently underscored yet again in the case of
Vanderbilt v. Galliher, where the Delaware Supreme Court ruled a lower court made a mistake in failing to grant a new trial to asbestos defendants on the grounds key witnesses had made derogatory statements in front of the jury.

The defendant, RT Vanderbilt Company Inc., argued it should have been given a new trial after the first one resulted in a jury finding it 100 percent liable for the death of a former bathroom fixture cast shop worker. The employee routinely used asbestos-containing talc to create ceramic molds. This he did in Ohio from 1966 through 2005, with about two years during that time where he briefly left to do another job. Throughout this time, the asbestos-laden talc product used by the man’s employer was mined, sold and distributed by the defendant specifically for use in dust molds for ceramics.

The man at the center of the case was diagnosed with mesothelioma, a fatal form of cancer caused by inhaling asbestos fibers, in August 2010. In less than a year, he was dead at age 62.

His widow filed a lawsuit on behalf of herself (for loss of consortium) and on behalf of her husband’s estate. She asserted her husband breathed the toxic fibers supplied by the defendant, and this made him sick. Further, plaintiff alleged defendant company failed to properly warn either its customer or workers that there were potential health risks to working with its product – even though executives at the firm knew such risks existed.

The company argued it was not responsible for the man’s illness because decedent’s employer failed to create a safe working environment. Further, it suggested the decedent may have been responsible for his own death, by failing to wear proper safety gear.

The latter argument is preposterous when considering that no worker adequately warned of the risk of death would reasonably refuse proper protection if provided.

However, statements were allowed in the record that should never have been. Namely, a physician, an expert witness for the plaintiff, called the defendant’s executives “liars” on the stand. He accused them of spending millions of dollars to “buy senators.”

The jury returned a verdict in favor of the widowed plaintiff for $2.8 million.

Those earlier statements were later the subject of numerous defense appeals. The state supreme court held the comments were egregious, especially absent any curative instruction from the trial judge indicating jurors should disregard them. However, even if the judge had made such a directive, the state supreme court justices noted, it may not have been enough, particularly if the jury were to still accept the rest of his views as an expert witness.

The court also indicated the judge gave incomplete jury instructions that did not include details regarding duty of care.

On theses grounds, the state supreme court remanded the case for a new trial. This does not mean the widow lost her case. It just means it will have to be re-litigated.