In the Commonwealth of Massachusetts, the four elements in a negligence case, including an asbestos lawsuit, are duty, breach, causation, and damages. Causation is further broken down into actual and proximate causation. Actual causation is established through the use of the “but for” test. The injury would not have occurred but for defendant’s negligent conduct. In other words, if X doesn’t happen, Y won’t happen. 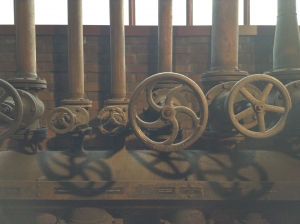 However, actual causation is not the end of the story. For example, if a person loses a leg at age 10 and then drives to a shopping mall at age 30, and is injured by a pothole next to a handicapped parking space, it is a true statement that the injury would not have happened if that person had not lost their leg as a child. The reason being that if the early accident did not happen, he would not have been parking in the handicapped spot. However, it is probably the negligence on behalf of the shopping mall owner that plaintiff is trying to prove. This is where proximate causation comes into play.

In a mesothelioma lawsuit, proving proximate causation is one of the most crucial elements if the plaintiff is going win at trial. Proximate causation means that the negligent conduct occurred at the exact right time for the injury to have occurred.

In Walston v. Boeing, a case from the Supreme Court of the State of Washington, employee worked for an aircraft manufacturer during the 1980s. In 1985, the company replaced overhead pipes in the factory floor at which employee was working. The pipes contained asbestos, so the workers involved in the renovation were provided with powered ventilators and protective pressure suits. If inhaled, asbestos fibers can become imbedded in the outer layer of tissue in the lungs and other organs known as the mesothelium.

Once there, these microscopic fibers cannot be detected or removed and can cause a deadly form of cancer known as mesothelioma. While the pipe workers were protected from the asbestos dust, the employees building aircraft components literally had asbestos raining down on them. Employee used a sheet to protect his toolbox from the dust but, otherwise, had no safety equipment. After telling his supervisor, he was basically told to get back to work.

Decades later, after receiving a diagnosis of mesothelioma, plaintiff filed a lawsuit against the company for failing to protect the employee from the asbestos dust. His doctor was nearly certain that this 1985 exposure caused the mesothelioma.

The problem in this case was that he was also an employee who was only allowed to recover workers’ compensation benefits instead of filing an asbestos lawsuit, which would allow for pain and suffering, loss of consortium, special damages, and possibly punitive damages.

In order to be permitted to file the asbestos case, he would need to prove to an absolute certainty that his 1985 asbestos exposure caused the mesothelioma. Unfortunately, that is not medically possible, so the trial court granted defendant’s motion for summary judgment.

On appeal, the court found that the trial court had not erred in granting defendant’s motion and affirmed the decision.