Local developers in Whitman have plans to take a nearly 200-year-old church and turn it into an apartment complex. But officials have pointed out that there are risks of asbestos exposure in Massachusetts if it’s not removed properly, The Boston Globe reports.

Our Massachusetts mesothelioma lawyers worry that when old buildings are being renovated or significantly altered that contractors won’t take the necessary steps to ensure that asbestos is properly removed. If a structure is hammered at and picked away in places, especially during a major renovation, asbestos that is deep within the walls or used as insulation can come loose. 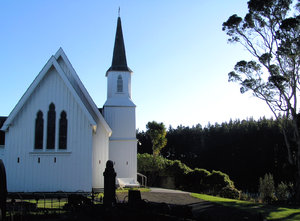 Once that dormant asbestos comes loose and gets into the air, workers and the general public can be put at risk for exposure. Once ingested, the asbestos can stay in a person’s body for decades before they feel the typical symptoms associated with mesothelioma:

What makes mesothelioma even more dangerous is that many of these symptoms are hidden by other ailments or simply old age. Many people don’t take the necessary steps to try to detect an asbestos-related illness until it’s too late.

Research has shown that once a person is diagnosed with mesothelioma, they only live about 12 months. This is in stark contrast to the fact that a person can be exposed to asbestos decades earlier and not be diagnosed until they are much older.

In fact, this is how most cases occur. A young adult takes a job that involved working with or around asbestos, not knowing the effects of it or perhaps he or she wasn’t told they would be working with asbestos. Decades later, they find out they have mesothelioma, a rare and incurable form of cancer that is directly tied to asbestos exposure.

According to The Globe, a Whitman developer wants to turn First Baptist Church of Whitman, which closed in 2009 because of a dwindling congregation, into an apartment complex after purchasing the property for $200,000. The town passed on a chance to buy it for $425,000 after taxpayers were concerned that renovating the church into a senior center would cost of $1.1 million because of the presence of asbestos and other problems.

The developer told the newspaper that he is attempting to turn the 12,000-square-foot church into 15 one-bedroom apartments after obtaining permits and adding a floor. The developer said he intends to keep the exterior the same.

The article doesn’t address the asbestos issue, but it is assumed that the developer will go to great lengths to ensure no asbestos is left in the building, especially because of his plans to convert it to housing. Given that the church is located in the town’s center, it will also be important to ensure that others aren’t exposed during asbestos removal procedures.