The Supreme Court of Virginia has ruled that a legal error by a judge in a mesothelioma trial means the case will have to be retried. 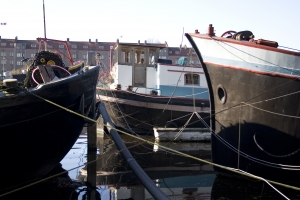 Our Boston mesothelioma attorneys believe in the importance of closely following such litigation across the country because it allows us to sharpen our own strategy and avoid similar potential pitfalls.

In this case, Minton v. Exxon Mobil, the court justices ruled 5-2 that the circuit court judge erred by barring evidence revealing a shipbuilding company had for years been aware of the dangers of asbestos and yet failed to take cautions to warn or protect workers. This was important because the company that was being sued, Exxon Mobile, contended that even though its ships, which were regularly repaired at the shipyard, contained asbestos, it could not be held liable to the extent that it was because it was the shipbuilding company – the plaintiff’s employer – that bore the lion’s share of responsibility for protecting and warning workers.

The circuit court judge, however, deemed this fact irrelevant and forbid Exxon from arguing it at trial. Subsequently, a jury sided with the plaintiff, awarding him $17.5 million. But Exxon appealed. Now, the supreme court has ruled a different outcome might have been reached had Exxon been allowed to present this evidence.The plaintiff is now deceased, and now his widow must contend with the ordeal of a second trial.

According to court documents, the plaintiff worked at the shipyard for 37 years, starting in 1956 and ending in 1993. Eleven years of that time was spent as a repair supervisor. There was asbestos, asbestos-containing materials and asbestos dust all over the grounds, to which the plaintiff was regularly exposed. But he never contended Exxon was responsible for this.

What he alleged was that during the years that Exxon frequently brought some 200 ships to the yard for repairs (1966 through 1977), the plaintiff was in charge of inspections of those vessels. In the course of those inspections, he was exposed to a large amount of asbestos present in the ships’ boiler rooms, engine rooms and other compartments. Exxon was aware of the dangers this exposure meant, the plaintiff said, and yet provided no protective materials and didn’t even warn workers about the danger.

Specifically, the plaintiff sued Exxon under the federal Longshore and Harbor Workers’ Compensation Act, 33 U.S.C. 905(b). This act requires that ship owners must use “ordinary care” in the maintenance of their ship and its equipment in order that experienced workers can safely unload and load cargo. If a vessel owner’s negligence causes a worker injury, that person or company may be liable for damages.

When Exxon appealed, they did so based on numerous points of law. While the court did agree with the oil company on this critical judicial error, the court rejected the following arguments: