According to a recent news article from the Environmental Working Group (EWG), in the immediate aftermath of the horrific terror attack on the United States, many people were awestruck by images of burning jet fuel and smoke rising in the air. There was, in fact, 90,000 gallons of burning aviation fuel and a considerable amount of thick black smoke over Manhattan. 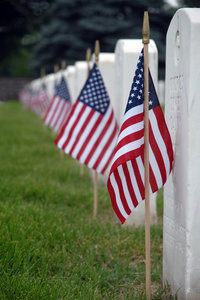 However, it was the giant plumes of dust and debris rising in the air for days on end that were really a sight never to be forgotten, and it was these same clouds of dust reeking having on the lungs and internal organs of the thousands of workers at Ground Zero in New York City.

Once the buildings were complete, however, the materials did not pose much of a danger, because the fibers were contained and behind walls. If the fibers are inhaled, they can become lodged in the lining of the lungs and layers of tissues protecting other internal organs known as the mesothelium. There is no way for the body to expel these toxic fibers, and, over a period of 20 to 50 years, they can metastasize into a deadly form of cancer known as mesothelioma. Mesothelioma can affect the lungs, chest, abdomen, and other internal organs and is deadly in every case. Once a victim learns he or she has mesothelioma, there is usually only a very short time left for the patient to live, and, in many cases, these patients are dead within a year.   We also know asbestos can cause other types of cancer, including lung cancer and serious respiratory illness. Asbestos fibers can also scar the lung tissue, causing a painful and potentially deadly condition known as asbestosis.

Even though the fibers are relatively safe when they are in place, if they begin to crumble or the building begins to fall apart, fibers can become exposed again, causing harm to those around it. Normally, we are dealing with a few cracks here and there and eventually other damage, but, in the case of World Trade Center One and World Trade Center Two, were are talking about a complete collapse in a matter of hours and a cloud of asbestos dust covering much of lower Manhattan. Despite the fact that some politicians and state administrations proclaimed the air safe to breath shortly after the 9/11 attacks, we know that roughly 70 percent of rescue/recovery workers and wreckage workers have suffered serious respiratory illness and many may have inhaled deadly asbestos fibers.