A diagnosis of malignant pleural mesothelioma is devastating.

A person begins to experience chest pain, abdominal pain, or shortness of breath and goes to the doctor to see what is wrong. He or she is told they have malignant pleural mesothelioma, and even though patient only just learned of having this illness, he or she is also told most patients do not live long after being diagnosed. The vast majority of cases prove lethal in as few as three years, with many of those victims not surviving a full year after learning they are sick. 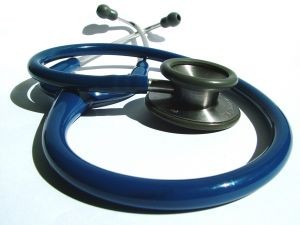 Patients are also told there are treatment options, but they involve high doses of chemotherapy, radiation, major surgery, or a combination of all of these treatments, and, even in the best cases, generally only extend a patient’s life for a relatively short period of time.

A recent news feature from The Beverly Review tells the story of one brave patient who was told he had mesothelioma. This man was told he had mesothelioma nearly four years ago. While he was getting ready for major surgery soon after being diagnosed, he was talking in his sleep, and his daughter heard him ask for his cape. As it turned out, he wanted a cape so that he could look like Superman when he went for his surgery. He posed for a family photo a week after having this dream, and his family had a cape for him to wear in the picture.

From this event, a foundation was formed to raise awareness and money to fight the disease, and that foundation chose to call itself the Mesothelioma Heroes Foundation. The man who inspired its creation with his desire to wear a superhero cape during treatment was a former police officer who was 74 years old when he was first diagnosed. Doctors told him he only had four months left to live, given the advanced stage of the illness. As our Boston mesothelioma attorneys can explain, this is fairly common, since most people do not develop outward symptoms alerting them something is wrong until the disease is very advanced.

In addition to mesothelioma, this man also had other health issues, and doctors did not expect him to be living four months after his diagnosis, let alone four years. His daughter says, “His cape has been working.”

After hearing that he only had four months to live, he said he refused to accept that, and, when he was still living after the time had passed, he told doctors he never wanted to hear another timeline from them again. He was just going to go on living and see what happens.

While most patients are not still living four years after being diagnosed with malignant mesothelioma, his message is giving awareness and raising not only hope, but also money for research, so one day this disease will truly be a thing of the past. However, that is still a long way off, given the state of medical research on finding a cure.

It is truly unfortunate that companies that mined the deadly material and the companies that used asbestos in their production were willing to put people’s lives at risk for short-term profits. It is for this reason that juries are willing to make them pay to the fullest extent possible for their negligent actions.