Many of the old school buildings across Massachusetts and the rest of the nation are falling into a serious state of disrepair.  We are dealing with buildings that were built around a hundred years ago, and there was not enough money to keep them in good shape over the years.   This is not just a local problem, but one that is occurring everywhere. 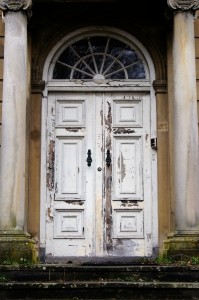 The problem gets more serious when we realize that most of these buildings were built at a time when asbestos was used heavily during the construction process and now as the buildings are crumbling, we are left with what is known as friable asbestos.

As our Boston asbestos exposure attorneys can explain, friable asbestos is the most dangerous type of asbestos that we are likely to encounter in a construction setting.  When asbestos gets to the point where it is old and crumbling and capable of being crushed by the power of a human hand, it is said to be friable.  This means that it will be giving off a lot of dust as it crumbles and falls apart, and this is the reason that it is so dangerous.  The more dust there is, the greater the chance that the deadly asbestos fibers that make up that dust will be inhaled.  Once the fibers become trapped in the layer of tissue known as mesothelium, they can develop into the deadly form of cancer known as the mesothelioma.  This is where the cancer gets its name.

A recent news article from Mass Live looks at how school officials are trying to deal with the discovery of asbestos and getting the school back to good shape once again. The school in question is in this article is called Coburn Elementary School and is located in Springfield, Massachusetts.

While it was no secret that this building was falling into a sad state, the problems really became evident when some workers were hired to construct additional supports for the ceiling, which had already started to cave in at certain places around the school.  During the inspection process, the inspector discovered several problems, including the asbestos.  Part of the problem is that they need to keep using this school for the short term, but they are also planning to build a replacement school in the next few years.  This creates a conflict in that the school officials do not want to spend hundreds of thousands on asbestos abatement when the school will be closed anyway in a few years.  However, they have no place to put these students in the meantime, so that expensive asbestos abatement process may be the only way to go.

Due to regulations and a desire to provide students with an asbestos-free learning environment, the Massachusetts School Building Association is required to reimburse the local school district for up to 80 percent of the cost of asbestos abatement, so this what they are currently negotiating.