The city of Mobile, Alabama, is dealing with an old city hall building built with asbestos, a cancer-causing mineral found throughout the United States. A website of Alabama news, The Press-Register, reports that it will cost $240,000 to remove asbestos and other contaminants that have been found inside. This can happen anywhere. Just look at the New England cities and school districts that have been in the news lately regarding their dealings with asbestos in key buildings, including many schools.

Our Boston mesothelioma lawyers have reported many instances in recent months of school districts and cities facing fines for improper asbestos cleanup and for taking years to discover asbestos, a mineral that can cause deadly illnesses. 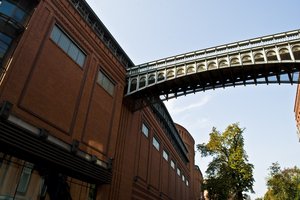 Asbestos exposure in Boston is a major issue, though it rarely gets the same media coverage or advertising campaigns as other forms of cancer. It is deadly and causes the fatal cancer mesothelioma in Boston and worldwide.

Many old factories, city-owned or not, were built with asbestos. And over time, due to shifting in the ground, natural disasters or damage to the buildings, asbestos can break apart and become airborne and affect many people unknowingly.

For people who worked in those old buildings or live there to this day, they could be put at risk. Asbestos is microscopic and breathing it in can happen to anyone. The odd thing about mesothelioma, though, is that it can take years or decades to be diagnosed.

A person may have no ill-effects from exposure for a long time and not think twice about his or her experience from decades earlier. But when they begin feeling the effects, including chest pain, fluid build-up, trouble breathing and other symptoms, it may take a while for a medical professional to properly diagnose it. By then, the average person lives nine to 12 months.

That’s why city officials and school districts shouldn’t grapple with the issue at all. Despite the bad economy and many municipalities facing budget cuts, the health and safety of people should take precedent over less-important issues.

Our Mesothelioma Lawyers Blog has reported how school officials have wrestled with parents over the issue of whether a school with asbestos should be rebuilt; a city has had asbestos-filled buildings and done nothing about it, and real estate developers and officials have been fined or imprisoned for not properly handling asbestos.

In the Mobile, Ala., issue the old building has become an “eyesore” but still appraises for nearly $1 million, according to The Press-Register. An assessment of the building recently confirmed the building has asbestos. It has been for sale for four years. City officials say they are seeking a federal grant to help with the cleanup. The grant is run by the U.S. Environmental Protection Agency.

The building was built in 1940s and was designed as a hotel for seamen. It was used by different owners through the years, but the city bought it in the 1980s and used it for office space. Since then, vandals and vagrants have made their home there.

Cleaning up asbestos at city-owned eyesore would cost $240,000, by Robert McClendon, Press-Register