The World Health Organization reported recently that more than 92,000 people died in 83 countries over a 15-year span that ended in 2008.

While that is a low number considering the number of people there are worldwide — nearly 7 billion — one must take into consideration how many deaths worldwide go unreported or are in countries where research on mesothelioma simply takes a back seat to other matters. 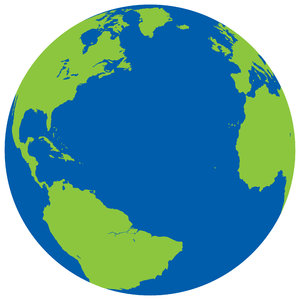 The point that Boston mesothelioma lawyers want to convey is that the number isn’t simply a statistic. These are people’s lives we’re talking about. A mother or father, brother, sister, uncle or aunt who died as a result of asbestos exposure in Massachusetts or anywhere else on the globe.

This form of cancer is rare, in part, because it’s so difficult to diagnose. The common symptoms could be confused with other forms of cancer or sometimes simply old age. Typically, they include coughing, fluid build-up, chest pain and other symptoms typically associated with other illnesses.

And because mesothelioma can be caused by asbestos exposure decades in advance — sometimes 30 or 40 years earlier — victims may have no idea that they have been exposed and at risk. Many may ignore the symptoms, but as it progresses and gets worse, the cancer can be tricky to diagnose, as it usually takes a specialist to discover it.

This can take many medical visits and a lot of time, which is valuable at that stage. Once it’s diagnosed, most people live about 12 months, a short and unpredictable time table, given the fast-moving nature of the cancer.

For those who worked in old factories, shipyards, in the Navy or other military branches, in boiler rooms or around old car parts, or in construction or plumbing, you could have been put at risk without your knowledge. Equally important to note is that some companies may have known that its products, equipment or buildings contained asbestos.

Asbestos was used for decades in insulation and other industries because it was fire resistant and it was versatile. Once research began, companies were notified that it was hazardous and could be deadly. Many did nothing to stop its use or warn employees.

According to WHO, cases of mesothelioma are more common in men than women. It is “one of the most important occupational carcinogens” and that “the burden of asbestos-related disease is rising.” Some estimates state that 43,000 people die each year from the disease.

As our Mesothelioma Lawyers Blog has reported before, many third-world countries use asbestos to this day, which is concerning for health officials. Our lawyers reported recently that Canada has rededicated its asbestos exportation business and plans to ship bundles of the material to India for use there. Researchers from Hawaii are looking at areas of Turkey where a vast majority of people die from mesothelioma because of a related mineral that is used in the people’s buildings.

Mesothelioma remains is a growing problem because many people who worked in these dangerous fields decades ago are experiencing the illness now that it’s been diagnosed.

Women Have Better Chance of Fending Off Peritoneal Mesothelioma in Boston: November 13, 2011