The government contractor defense was accepted in a recent asbestos liability lawsuits out of California. The decision by a state appellate court breaks with a ruling by the federal Ninth Circuit. 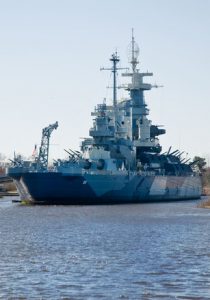 The government contractor defense shields the federal government’s exercise of discretion and judgment in contract specifications and designs. It can be raised by government contractor defendants in certain product liability lawsuits, such as those pertaining to asbestos exposure. It’s often used by companies that provide products that have some type of military application, though matters can get complicated when the product in question is sold to both the government and the general public.

The California case involves a man who was exposed to asbestos insulation while working on nuclear submarines in the early 1970s. The insulation product was called Unibestos, and it’s been available for decades. In 1936, the U.S. Navy started using the product in its vessels because of its high resistance to heat. Although ads for the product indicated it was “available everywhere,” there is no evidence as to how much of the product was sold commercially.

Military officials continued ordering the product well into the 1970s. It was at that time that plaintiff worked on five U.S. Naval ships, side-by-side with workers who were cutting, installing, removing and disturbing the Unibestos asbestos product. He also personally helped load boxes of the material onto ships.

In 2011, plaintiff and his wife sued the government contractor, as well as several other entities, asserting latent illness as a result of his asbestos exposure years earlier.

The trial court ruled that the U.S. government approved certain precise specifications of Unibestos product supplied by the contractor for its five ships and the contractor provided the product to the government’s specifications. Contractor had no duty to warn, the court ruled, because the government knew at that time about the hazards of asbestos use. There were also warnings on Unibestos boxes regarding the hazards of asbestos.

Plaintiff appealed, citing an earlier Ninth Circuit, in which the government contractor defense isn’t available in cases where the product in question is available commercially.

The U.S. Supreme Court decided in 1988 the case of Boyle v. United Technologies Corp., in which it ruled the government itself need not design the allegedly defective product in order to be held liable. If the government selects the design and thoroughly approves the proposed designs and then makes a judgment, the government contractor defense can apply. A three-prong test was developed in Boyle to determine whether the defense could apply:

Plaintiff focused on the first requirement, and noted that while the Navy did rigorously test the product, it was already widely available commercially.

The California appellate court held that Boyle didn’t limit the defense to exclude products procured by the government, even if they were also sold commercially.

What this case shows is that case law regarding important matters of asbestos litigation still is not settled, which is why your mesothelioma lawyer needs to be knowledgeable and constantly watching the latest developments.