A new report released by a group effort involving some of the state’s most outspoken worker safety advocates reveals that mesothelioma remains a serious threat to Massachusetts workers. 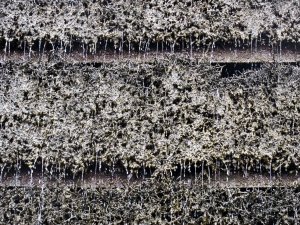 Our Boston mesothelioma lawyers understand that “cancer” was listed as the second leading cause of work-related death in the state last year. That was just behind falling from a height and ahead of drowning at sea and motor vehicle incidents.

When it comes to work-related cancers, mesothelioma is among the deadliest. Caused by exposure to asbestos, it remains dormant for decades, revealing itself only in its advanced stages.

Average survival times at that point, according to the American Cancer Society, are between 4 and 18 months. A small portion – about 5 to 10 percent – live five years. Usually, those individuals have been diagnosed at a younger age.

The researchers combed through mesothelioma data pertaining to Massachusetts workers and found that in 2009 (the most recent year for which figures were available), 97 Massachusetts residents were diagnosed with malignant mesothelioma.

Between 2005 and 2009, the number of newly-diagnosed residents fluctuated from 84 to 109, averaging about 98 cases annually.

There are about 3,000 U.S. residents who receive the same diagnosis each year, but when you consider the relative size of our state and population, the rate of mesothelioma in Massachusetts is actually 33 percent higher than the national average.

One of the reason our percentages are so much higher is because of the ship-building and repairing industry that was located inn Charlestown and Quincy. In a recent study of industries and jobs with the highest rates of mesothelioma, ship and boat building and repairing was No. 2, just behind the construction industry.

And of course, these exposures are ongoing, despite the fact that active use of asbestos has tapered off significantly. That’s because it is still present in schools, factories and homes and government buildings.

Plus, asbestos is still used in flooring and vehicle brake shoes.

The Chair of the Massachusetts Teachers Association’s Environmental Safety Committee reporting that teachers and other school workers are also vulnerable to exposure, and are continuing to die of mesothelioma, as schools have failed to put adequate asbestos exposure protections in place. For example, two summers ago, the state’s Department of Labor Standards sent letters to school districts requesting their most recently-completed, federally-mandated asbestos inspection reports, due every three years. Only 55 percent of districts responded.

Of those that did respond, 1,000 were “severely deficient.” Only 5 had “no deficiencies.”