Asbestos is a killer. 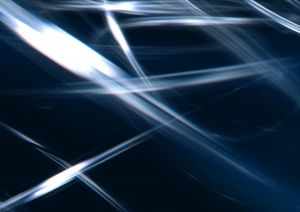 Manufacturers and employers knew this for decades, even as they continued to peddle products that contained the deadly material, putting both workers and consumers at risk.

Our Boston mesothelioma attorneys know that the most effective way to prevent asbestos-related diseases, such as asbestosis and mesothelioma, is to avoid asbestos. This is common sense, of course, but the problem is that the material was so widely used. It’s in flooring and roofing and insulation and drywall and textiles and duct connectors and plastics and gaskets and mastics – and so much more.

Even though it’s not as commonly used today, the remnants from more than a century of heavy use in the manufacturing, construction and automotive industries remain a constant modern threat for today’s workers.

Researchers at England’s University of Hertfordshire sought to mitigate this risk by creating a device that has sensors able to immediately detect asbestos particles in the air at the work site. The machine does not require samples to be sent to a laboratory to be evaluated – a process which is both time-consuming and costly.

This is key for those in the industry because employers who may have tried to cut safety corners in the past for the above-mentioned reasons may be more apt to use a device with instantaneous results. Ultimately, the hope is that this will be instrumental in saving lives.

A recent annual report published by a group of local unions and advocates indicated that newly-diagnosed cases of mesothelioma in Massachusetts were an average of 33 percent higher than the national average between 2005 and 2009. Although we don’t have updated figures for the last three years, there is no evidence of declining numbers.

Part of the reason it’s so high here is our rich history with the shipbuilding industry, which is notorious for heavy asbestos use. Although many of those shipyards have either shut down or stopped using asbestos, the threat remains real, particularly for those who work in demolition and repair.

A device like this could help to reduce future cases. According to media reports, the device employs lasers and magnets.

It works like this: The laser is beamed on a stream of particles in the air. That light then bounces off the particles in an intricate pattern that allows the user to detect single fibers that are too tiny for one to see with the naked eye. The fibers are then sucked in to the device through a magnetic field Then on the opposing side, lasers are beamed through that same air stream. If the fibers line up with the magnetic field, most likely, it’s asbestos.

The devices, which don’t yet have a brand name, are expected to be available to construction firms and renovation companies within the next year or so and will likely be sold for about $800 – making them affordable and a worthwhile investment for many firms.

Once a company is aware with certainty that asbestos is present, a professional mitigation process will need to take place. However, these handheld devices will allow for a jump start on the project.