Manufacturers of asbestos-containing products are gunning hard for bankruptcy case records of other manufacturers – in an effort to bolster their own defense. 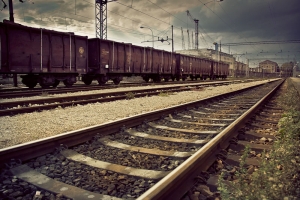 Our Boston mesothelioma plaintiff lawyers know that these firms will be scouring these records to find any minute detail that could help them deny responsibility for their role in knowingly exposing workers and the public to this toxic material.

The most recent case came out of Wilmington, Delaware. There, documents in a dozen large asbestos-related bankruptcy cases are going to be unsealed so that Garlock Sealing Technologies LLC will be able to peer into the records of other companies that have previously set up bankruptcy trusts.

Just to offer a bit of background:

Garlock is headquartered in New York, founded back in the late 1880s and was a leading manufacturer of sealing and gasket products – both of which contained asbestos. Those products were primarily used by the rail industry, and thousands of railway workers, mechanics and their family members were sickened by the disease.

Garlock has its own asbestos trust and filed for bankruptcy back in 2010, though the reorganization has not yet been confirmed.

Many companies liable for asbestos-related illnesses, such as mesothelioma, set up trusts as a way to remain solvent while still paying up on the flood of claims that began to roll in by the 1970s. Those claims are expected to peak in the next handful of years.

Garlock alone has paid nearly $1.4 billion in indemnity payments, while insurance has covered roughly $1 billion. As it stands, the firm still has another 10,000 mesothelioma claims pending against it.

And that’s what makes this ruling out of Delaware so significant. What Garlock is after is evidence that plaintiff making claims against it may have also sought payments from other asbestos trusts.

However, to do so is not fraudulent, nor is it illegal. The fact it, many people suffered exposure to asbestos from a variety of different sources. Yes, it might be difficult to pinpoint exactly which one caused the illness. Often, there’s a good chance they all did. But what it doesn’t do is make one company any less liable for the damage they inflicted.

The bankruptcy proceedings had been sealed by a bankruptcy court judge, but that ruling was later reversed by a federal judge in Delaware.

Of course, this ruling comes amid a huge push for what some lawmakers call “transparency” with regard to asbestos trusts and litigation.

This is despite the fact that a Government Accountability Office report last year made it clear that fraud among asbestos plaintiffs was not an issue. They are all sick or dying or have already passed. They and their families are looking for just compensation.

Efforts such as these by Garlock are not an effort for virtuous transparency that would somehow benefit the greater public good. It’s about Garlock making every attempt it can to push back and deny each and every claim that comes its way. They are doing all they can to refuse acceptance of their role in these grave injustices – and their responsibility to fix it.