Cleanup has begun at a contaminated site in East Watertown, 20 minutes west of Boston, that was once the site of a U.S. Army installation. 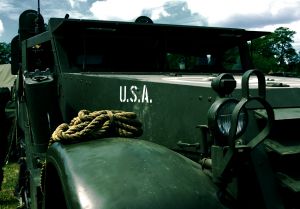 Our Boston asbestos exposure lawyers understand that thousands of tons of dirt, brick, steel and other debris have already been trucked off the site as part of the first phase of this massive cleanup effort.

For those not familiar with the project, this was the GSA site which was part of the Watertwon Arsenal, where the U.S. Army once manufactured war-worthy guns and munitions. The 12-acre site, no longer used for this purpose, is riddled with contaminants, including more than 680 tons of material containing asbestos.

Although asbestos was generally not used in new construction after 1970, it remained present at existing Army sites for years. While U.S. Navy veterans have been the ones believed to have suffered the greatest level of asbestos exposure in recent years, we mustn’t overlook the exposure risk of other military personnel as well.

It was used all throughout structures where soldiers worked, ate and slept. It was in the cement foundation, the flooring, the roofing, the caulking, the plumbing. It was also in the vehicles they used and worked on, particularly in the clutch plates, gaskets and brake pads.

The U.S. Department of Veterans Affairs has listed a variety of duties performed by service members that might have increased their exposure to asbestos. Those include:

While veterans – or those who worked closely with the U.S. military – may have a difficult time recovering damages from the Armed Forces due to immunity afforded to the federal government, soldiers and government contractors do have the option of filing suit against the manufacturers who manufactured the products and materials that made them sick.

Back in the early 1990s, the federal government gave the Army permission to begin asbestos abatement projects throughout its sites. In the course of that approval, the Army penned a 160-page checklist called the “Installation Asbestos Management Program Assessment.”

This clean-up is part of that ongoing effort, which should give you some indication as to how massive this problem was and continues to be.

The sheer volume of asbestos found at the Watertown site is a strong indicator that a great number of servicemen and servicewomen suffered at least some measure of exposure while the site was operational. They may just now be finding out that they were affected.

The U.S. Army Corps of Engineers is currently overseeing the clean-up, which involves recycling most of the material – except the asbestos, which has been sent to an Ohio landfill.

Once the clean-up is finished, the land is to be transferred to the state’s Department of Conservation and Recreation, where officials hope to turn it into a park.

Before that can happen, however, officials need to conduct thorough testing of the ground and nearby wetlands, particularly for contamination caused by toxic polychlorinated biphenyls, also known as PCBs, which are a mixture of chemicals that were used as lubricants and coolants in certain machinery.