Asbestos defendants have developed a keen knack for deflecting blame for their own egregious negligence by attacking the integrity of others. 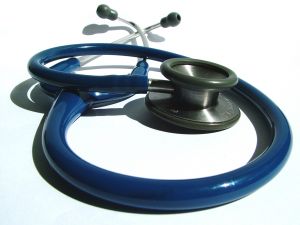 Our Boston mesothelioma lawyers have learned the most recent example of this is out of Baltimore, where defendants are suggesting that a doctor who worked as a consultant for the Orioles’ baseball team and also diagnosed numerous blue-collar workers with asbestos somehow had an ulterior motive and may have been untruthful.

The doctor is understandably incensed, calling such allegations not only entirely false but insulting.

This situation has arisen from an attempt by a large legal firm out of Baltimore that is hoping to revive some 11,000 dormant asbestos cases. Two decades ago, the city set up a tiered system to deal with the flood of asbestos litigation, prioritizing the cases of the sickest individuals. The law firm now contends that many of those who were exposed to asbestos prior to the 1990s but had no real symptoms are very ill now, though the tier system is such that they aren’t likely to have their cases heard in court before their deaths.

The firm is trying to change that by proposing a large number of these similar cases be heard at once. It would give the Baltimore court system a chance to clear the backlog and it would allow these plaintiffs to finally have their day in court.

It’s unsurprising that the defendants in these cases are fighting back with everything they’ve got.

This latest approach is not the first time defendants have attacked the credibility of medical professionals, though this time it is gaining a lot of attention due to the high profile position of both the doctor and the lawyer.

Defense lawyers for chemical company Union Carbide say that they oppose the contention that these asbestos exposure cases have enough in common to be lumped together because prior medical evidence turned over by doctors who diagnosed a large number of patients has proven unreliable.

At the time that the doctor was diagnosing these mesothelioma patients, he worked as a consultant for the Orioles, a team that is owned by the lawyer taking up the dormant asbestos case cause.

It’s worth noting that first of all, the attorney wasn’t representing those mesothelioma patients at the time they received their diagnosis. Secondly, to insinuate in court filings that a medical doctor would falsely diagnose someone with a serious and fatal illness as a favor is a gravely serious charge bordering on libel.

The defendant argues that it would be impossible for a doctor to diagnose 77 patients with mesothelioma in a single day, as this doctor is alleged to have done. However, as the doctor pointed out, filing numerous diagnosis reports in a single day doesn’t mean those patients were all examined that day. Indeed, an examination would require a half an hour at the very least, and probably would need to be followed up by X-ray, medical history reviews and other tests.

The doctor did not work alone at this practice, either, so a lot of that other work was carried out by other medical staffers, including other doctors.

Now, most doctors might not have such a high rate of asbestos patients, but this particular doctor had an arrangement with local labor unions to conduct screenings for workers.

The defense attempts to discredit doctors are feeble at most, and they reveal a level of desperation – particularly when the firm has made no effort to further scrutinize the medical records produced by that doctor and available at their disposal.