In a recent interview with The New York Times, the director of the Occupational Safety & Health Administration, David Michaels, was quoted as saying, “I’m the first to admit this is broken.” 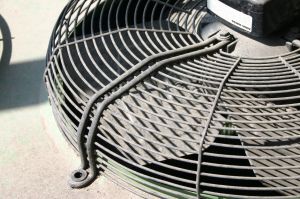 Our Boston mesothelioma lawyers understand he was referring to the agency’s record with regard to handling workplace health threats – specifically those longer-term, silent killers, such as asbestos.

The article’s primary focus was on an adhesive chemical called n-propyl bromide, or nPB, which is widely used today in certain manufacturing plants. However, numerous references were made to asbestos, and how the lessons of this material should not be forgotten. As companies seek materials and products that are affordable and effective, they should not lose sight of worker safety, as so many makers of asbestos-laden products have done over the years.

Part of the problem with asbestos is not even so much that it was being used, but that workers weren’t warned about the dangers associated with it. And they weren’t given proper materials, such as heavy duty respirators and protective suits, in order to shield themselves and their loved ones from harm.

Michaels was quick to admit that OSHA devotes a great deal of its funding and focus to respond to dangers that are clear and present. Things like workplace falls, trench collapses or electrocution.

But while the agency has drawn up some 24 different pages on regulations relating to stairs and ladders, there are only 16 new standards written in the last 40 years regarding workplace hazards like asbestos, arsenic and lead. While stairs and ladders do pose risk to a number of workers, particularly those in the construction industry, tens of thousands of U.S. workers handle toxic substances every single day – including asbestos, which as of yet is not banned in the U.S.

(You can read more about OSHA’s asbestos standards for the construction industry here.)

Federal statistics show that some 40,000 Americans die before their time every single year from exposure to toxic substances at work. That includes mesothelioma, which is a condition exclusively caused by exposure to asbestos, though it tends to remain latent for decades before a diagnosis is received. By then, most people have between six months to year to live.

By comparison, fewer than 4,000 workers die in mine collapses, explosions and other workplace accidents that grab headlines and government scrutiny.

Economists estimate that these longer-term illnesses cost the U.S. economy some $250 billion every year in lost productivity, medical expenses and disability payments.

And yet, asbestos manufacturers continue to deny liability and responsibility. They continue to attempt to foist the blame onto others, including the lawyers representing those workers who suffered as a result of such negligence and indifference to worker safety.