Being a professional firefighter is a dangerous job. There is no question every time a firefighter responds to a call, he or she may be asked to rush into a burning hot building that is on the verge of collapsing. There have been many firefighters who were killed in the line of duty trying to rescue people or put out a fire. 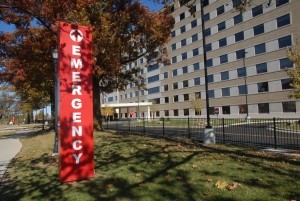 There have been cases where roofs or upper floors collapse on firefighters working in the building. We have also seen cases where the fire gets out of control or there is an explosion and the firefighters are severely injured or killed. In addition to the dangers of explosions and falling debris, one of the major causes of serious illness or death for firefighters is smoke inhalation. Many firefighters do not have proper safety gear on, or, if they do, they take it off too soon while still on the scene of the fire and within the area of danger for smoke inhalation.

For this reason, fire companies across the nation, including the Boston Fire Department, are committing additional resources to make sure all personnel are trained in prevention of smoke inhalation injuries and deaths.

However, according to a recent news feature from Fosters, smoke is not the only thing firefighters may be inhaling in dangerous fires that is causing a serious risk to their safety and health. As our Boston mesothelioma injury attorneys can explain, many old buildings throughout the Commonwealth of Massachusetts, and in much of the nation, were built at a time when asbestos was heavily used. Asbestos was used because it was abundant, cheap to mine, easy to refine, and had a natural resistance to heat, fire, caustic chemicals and even electricity.

While many think asbestos is man-made, it is actually naturally occurring mineral composed of six silica elements and can be found in several different formations. It is also found alongside vermiculite, which is similar to asbestos in composition and is actually likely to contain asbestos as well.   Asbestos was used through much of the last century in virtually every phase of the construction industry. There was asbestos used in flooring tiles, roofing tiles, linoleum sheeting, dry wall and wall joint compound known as gun plastic cement, carpeting, and many other building materials.

While the asbestos was very dangerous to the workers when it was installed, it is generally considered safe unless it is in a deteriorating state, or the building is being remolded or demolished. When there is a fire, the building is being intentionally demolished, and this could result in many asbestos fibers being released into the air. If a firefighter takes off his or her self-contained breathing apparatus (SCBA), he or she runs the risk of asbestos exposure, which can result in mesothelioma. There is also another risk created when the firefighter leaves the job. Unlike trained asbestos abatement workers with proper equipment, the firefighter will not be sanitizing his or her own equipment. They generally hang their “bunker gear” up at the fire station and place their boots and helmets of a shelf and leave it there until the next alarm rings. This means there is risk asbestos fibers will contaminate others.