Before everyone had a television and long before the Internet was invented, a world’s fair was an exciting event where people got a glimpse of innovative new products and inventions and envisioned what the future might hold. 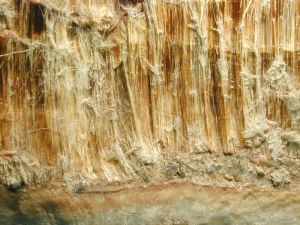 As Arnold Koch describes in his recent article for Wicked Local Melrose, the 1939 World’s Fair in Queens, New York was considered by many to the be the best event of this type ever produced. Time Magazine ran a feature of the 1939 World’s Fair and proclaimed it the “greatest show of all times.”

The fair featured political breakthroughs on the horizon, such as a stimulus package designed to lift at troubled nation out of the Great Depression. This was a time when unemployment was about 17 percent. There were demonstrations of new technologies, such as television, which had just been invented. There were concepts of the futuristic city of tomorrow, an idea later championed by Walt Disney, and many other things people considered to be modern marvels of the day. During the fair’s run, around 30 million people would pay the 75 cents admission and witness the future.

Once of the most interesting exhibits, at least in hindsight, was a demonstration of the power and benefits of asbestos. However, it wasn’t just being marketed as asbestos, it was being marketed as the “magic mineral.”

As our Boston asbestos exposure attorneys can explain, asbestos was called the “magic mineral” because it could not be burned under normal conditions. Asbestos manufacturers would hold demonstrations and mesmerize people by applying a torch to a fluffy pile of asbestos fibers being held in the demonstrator’s hand. The asbestos would not burn, and the demonstrator’s hand would be okay. At the 1939 World’s Fair, it was a company known as Johns-Manville that was running the magic mineral exhibit showing that it “Controls Heat, Cold, Sound, [and] Motion.”

However, what they were not telling people about the so-called magic mineral was that it caused a deadly form of cancer know as mesothelioma, lung cancer, asbestosis and other respiratory illnesses. While the asbestos mining companies and companies that used asbestos to produce commercial and consumer products claimed they had no idea asbestos was toxic to humans, we now know this was not true. It is true the general public had no idea about the dangers of asbestos, but those in the industry were very much aware it was toxic.

In fact, the first documented evidence of asbestos being toxic came from ancient Rome around 100 AD, when they noticed slaves who were working with asbestos were becoming sick at alarming rates. While this could be dismissed as ancient history, in 1899 a European doctor first made the connection between asbestos and the illness it caused. Over the next twenty years more cases were documents and the industry was well-aware asbestos’s mine workers were dying.

The companies never should have continued production of the toxic material, but not only did they continue to produce it, they even marketed their products as being completely safe, when some in the public became aware asbestos could be dangerous.