A recent case out of Australia highlights the prevalence of asbestos worldwide in years past. According to the Sydney Morning Herald, a 42-year-old man was recently awarded $2 million after developing mesothelioma by playing in asbestos dust at an orphanage there.

In the early 1970s, when researchers were studying asbestos after concerns about its effects on people’s health, this man would play in what he probably thought was dirt at a miniature railway at the orphanage. But officials found that it was pounds of asbestos that had been dumped there as other children worked on building the railway while a company would dump truckloads of the asbestos at the site. 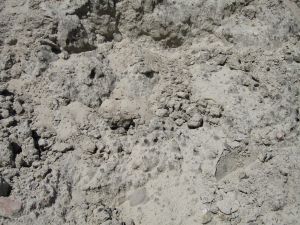 The article went on to say that boys would take clumps of the asbestos and toss them into fires to watch them explode. Asbestos “pops” when heated and that’s what factories would do to process it and turn it into insulation and for use on brake pads, piping and other commonly used products. The company was warned that it wasn’t “wise” to dump the asbestos at the school, but it didn’t listen.

It is a terrifying prospect to think that children could have been rolling around in asbestos, causing significant damage. Asbestos exposure in Massachusetts may not be quite as obvious these days, but it can still happen. Massachusetts mesothelioma lawyers have spoken with many clients who lived in older homes or apartments and developed mesothelioma just the same as those who worked or played in it.

That’s the scary thing about asbestos — it only takes a little exposure for it to make a big impact on a person’s life. Even a one-time exposure can lead to a diagnosis of mesothelioma.

Asbestos can be ingested through the air when the mineral is broken and gets airborne. In most cases, the asbestos can take years to develop and the person has no symptoms to suggest they have been exposed.

But after years — and many cases suggest as long as 30 to 40 years — the person begins feeling some of the symptoms of mesothelioma, such as heavy coughing, chest pain and fluid build-up. While some would attribute these symptoms to old age or years of smoking, it could really be the asbestos forming tumors and causing problems.

In the case in Australia, the man had been exposed in the early 1970s, when he was probably only 3 or 4 years old. It took several decades before he learned what was causing his health problems.

It may take several doctor visits over a period of months before the right doctor diagnoses mesothelioma. And once that happens, research has shown, the individual typically lives only for about 12 months. Mesothelioma is strange because it’s both a slow-moving illness and also quick to kill. There is no cure and it is fatal 100 percent of the time.

School came with a ‘life sentence’ in the playground, by Aja Styles, The Sydney Morning Herald