The reality shows featuring resourceful, do-it-yourself personalities have become quite popular over the years, particularly on the Home Gardening Network Television and the DIY Network. 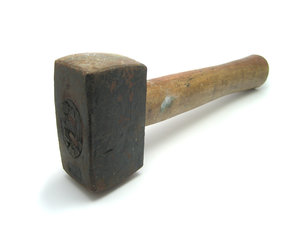 However, an Australian widow is making an appeal to these show producers: Don’t gloss over the dangers of asbestos in renovation projects.

Boston mesothelioma lawyers know that as is the case in Australia, a great number of older homes and structures were built using materials that contained asbestos, an organic fiber that when disturbed and airborne, can cause a rare and deadly cancer to develop.

The fact that most of these older buildings contain the material usually isn’t a concern. The problem is when those fibers become airborne.

The same properties that made the material so attractive for manufacturers (it was heat resistant and slow to decay) have also been found to cause fatal side effects in humans, such as asbestsosis, lung cancer and mesothelioma. Sadly, the manifestations of these cancers can take years to be realized, meaning its often decades after exposure before someone realizes they are sick.

That was the case for Farid Moghaddas, who succumbed to mesothelioma in 2007 at the age of 49. The Australian reportedly worked at an auto manufacturing plant in Melbourne during the 1980s, which is where he was exposed to the asbestos.

According to the Port Phillip Leader, his widow, who quit her job during her husband’s last few years to care for him, received a $500,000 settlement following his death.

However, that does little, she says, to stem the pain of losing him so senselessly.

That’s why she has turned to shows like Rehab Addict and Rescue Renovation – and their Australian counterparts – urging them to educate their viewers about the dangers of asbestos exposure.

In Massachusetts, per the rules of the state’s Department of Environmental Protection, all commercial, institutional and residential buildings are subject to asbestos regulations as spelled out in 310 CMR 7.15. What that means is that if the owners or operators or contractors are planning a renovation or demolition, it is incumbent upon them to determine whether asbestos is present BEFORE they can start work.

If asbestos is found, it has to be properly disposed of by a licensed contractor, per DEP regulations.

Some of the household areas that might commonly contain asbestos include:

First there were the miners, who actually worked to extract the mineral from its natural location.

Then, there were the workers who frequently came in contact with the material through the course of their work. These would include carpenters or auto workers or shipyard employees, etc.

Now, the registry said it is seeing an increasing number of people who have been exposed through DIY projects.

It’s important if you are starting a renovation project and aren’t sure whether your renovation may involve the disturbance of asbestos (which is likely if your home was built prior to the 1970s) that you contact the state DEP to determine how to proceed.