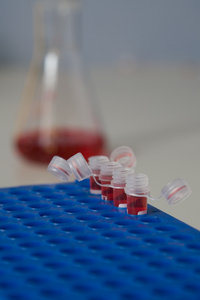 Boston mesothelioma lawyers know how incredibly devastating this disease is, having seen firsthand how it destroys families by claiming a member’s life far too soon. Because there is no cure, sufferers often decline fairly rapidly and family members are left to pick up the pieces.

We remain dedicated to holding the manufacturers of asbestos-containing products accountable, and to aggressively fighting for a judgment or settlement that is in your favor.

That said, we know that no amount of money is ever going to bring your loved one back.

That’s why we feel it important to note anytime new research emerges indicating we might be one step closer to a cure. It’s not to give you false hope, but rather an understanding of what is being done to work toward eradication of this awful disease.

Even though a large number of manufacturers no longer use asbestos, the compound that is responsible for mesothelioma, the ones who did years ago are only just now being held accountable. That’s because those who are sickened are only just now finding out because the latency period is often decades.

And that’s also part of what makes treatment so difficult. By the time the disease is discovered and affirmed, it’s already in its latest stages.

That’s part of what a lot of the newer research has been focusing on – earlier diagnoses for earlier treatments.

In the first of the two most recent studies, scientists from the University of Texas Southwestern Medical Center, reportedly added a new drug to the cocktail normally prescribed to mesothelioma patients to help prolong their lives. The new drug is called bevacizumab.

The study analyzed results in 52 patients, who were not considered candidates for surgery and who had not been treated prior to the research.

What they found was that nearly 60 percent of those involved went on to live for the next six months without any progression of their mesothelioma. There were, however, some difficult side effects, including blood clotting, hypertension and a reduction of white blood cells. It was a somewhat less-than-ideal outcome, but it certainly underscores the need for future testing of this drug combination.

Then there was a second study by doctors in Egypt that was set to determine whether mesothelioma patients who underwent chemotherapy might have better results if they were first infused with a drug called methotrexate into the cancerous areas prior to treatment. This was a relatively small study – only five patients – but doctors did count lower levels of the cancer in those areas where patients had received the injection, even weeks later.

More research will be required.

We know that it will be difficult because this cancer is relatively rare – about 3,000 people are diagnosed with the disease each year. That doesn’t make for especially large study samples. However, research in the arena of lung cancer may potentially lead to breakthroughs for mesothelioma patients.