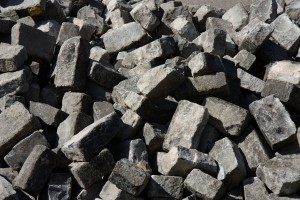 Companies in the asbestos industry tried for years to hide this definitively proven medical fact, and were pretty successful, given that it is not well known by the general public.  However, mesothelioma isn’t the only danger of asbestos exposure. Ine of the other medical conditions caused by asbestos is known as asbestosis.

Asbestosis occurs when the deadly asbestos fibers cause a scarring to the tissue inside a patient’s lungs.   Symptoms of asbestosis are similar to chronic obstructive pulmonary disease (COPD), which is usually caused by years of smoking.  Like COPD, asbestosis can be treated with medication. Patients are often required to carry an oxygen tank, which is cumbersome, but the alternative is potentially deadly. It’s a condition that requires prompt diagnosis and thorough treatment.

According to a recent news article from the Flathead Beacon, those who were exposed to asbestos in Libby, Montana are significantly more likely to develop arthritis than those who were not exposed to asbestos. As our Boston mesothelioma attorneys can explain, Libby is home the W.R. Grace and Co. mine that was one of the largest asbestos mines in the United States and is responsible for thousands of cases of mesothelioma over the years.  It is also highly contaminated and has been designated as an asbestos superfund site by the U.S. Environmental Protection Agency (EPA).

Designation as an asbestos superfund site means that they will be infused with federal money to clean up the toxic waste from years of asbestos mining and to help the victims of asbestos exposure. As part of their work, EPA scientists are also conducting ongoing research projects in the area, including various surveillance studies.

As part of their work, at the turn of this century, researchers conducted health surveys about 7,300 residents of Libby and the surrounding county.  For reasons not completely explained, nothing was done with the data collected by the survey process until very recently.  However, when researchers started to look at these results, they learned that there were high incidents of joint pain reported consistent with arthritis. Since all of these residents were exposed to extremely high levels of environmental asbestos, it is assumed that there is a connection between the higher levels of arthritis and the asbestos exposure.  The reason for this is because asbestosis is an autoimmune disease that causes the body’s own immune system to attack healthy tissue thinking it is a foreign body.  The damage done from this autoimmune response will result in joint disease including arthritis, and there is no known cure for this condition.