According to a recent news article from KCUR News, a class action lawsuit involving 7,500 employees at the old Jackson County Courthouse in Kansas was just settled in the amount of $80 million.  This was a settlement on the eve of trial, as a jury had already been chosen and the case was set to open the following day. 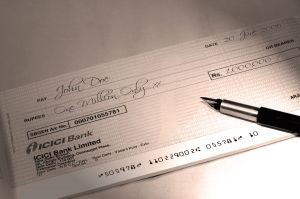 The class action plaintiffs alleged that, while they were working in the old courthouse in 1983, the engineering company that was conducting major renovations caused asbestos dust to be spread throughout the entire building.
The problems first came to light when an administrative assistant who worked at the county courthouse during the time of renovation died of malignant mesothelioma.  It was determined that her cancer was due to asbestos exposure, and it was argued that her exposure to asbestos occurred at the courthouse.  Her family filed a wrongful death lawsuit following her death from malignant mesothelioma at the age of 56.  Her family filed that mesothelioma lawsuit against the same engineering company that was a defendant in the class action lawsuit that was just settled. Her family settled that wrongful death action in the amount of $10.4 million.   Shortly after that lawsuit was settled, two former workers at the county courthouse filed the instant lawsuit and became the named plaintiffs in what would ultimately become a class action lawsuit.

As you can discuss with an experienced Boston asbestos exposure attorney, once a victim is exposed to deadly asbestos fibers, the fibers can become lodged in a layer of tissue known as the mesothelium.  Once they are there, they can metastasize into the deadly form of cancer.  However, it typically takes between 20 and 50 years for victims to development malignant mesothelioma after initial exposure.  Victims often have no idea they are sick until they develop symptoms such as shortness of breath, coughing, and abdominal pain.  At this point, victims will typically go the doctor to find out what is wrong and are told they have malignant mesothelioma.  They are often told the cancer is very advanced by that point and that they only have very short period of time left to live.  Many patients do not survive more than a year or two after first being diagnosed.  This delay in developing the cancer explains how the worker in the first lawsuit was exposed in the mid 1980s and died in 2010 at the age of 56.

In this case, the settlement money will be used to provide medical monitoring and treatment for all of the plaintiffs to see if they are developing the cancer and to try to treat it as early as possible.  However, it should be noted that while there are various treatments for malignant mesothelioma, they are not generally all that effective, and there is certainly not a cure.  There is also nothing doctors can really do to those who are exposed to asbestos to prevent the cancer from forming or to remove the deadly asbestos fibers.