A case of negligent asbestos exposure out of California was not only deeply deplorable, it illustrates why we will be seeing cases of mesothelioma in this country for years to come. 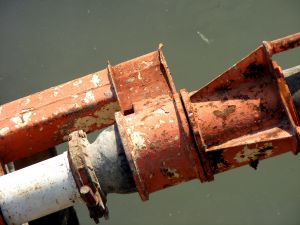 Our Boston mesothelioma lawyers were appalled when we learned the details of this case, which involves a company so sick with greed that not only would it place its own workers in danger, it would endanger the lives of children.

It started back in September of 2005 and stretched through the spring of 2006. The three defendants in question were former executives at a non-profit program that was created by those involved with an area high school to teach trade skills to at-risk youth. One of those non-profit leaders was a math teacher.

Each of the defendants held key positions with the organization, which was tapped to do a renovation project at a nearby automotive training center.

Part of that renovation, the executives learned, would involve the removal of some 1,000 linear feet of pipe insulation and more insulation in a separate tank. That insulation, the defendants were informed, contained asbestos.

This is not uncommon in structures erected prior to the mid-1970s, when asbestos was used in almost everything from insulation to tile to caulking to electrical paneling.

That’s why under state and federal law, anyone conducting renovation or demolition work in such a structure must have trained staffers and adequate protective gear to safely remove and properly dispose of the asbestos, which is a deadly cancer-causing material. The effects of such exposure usually won’t manifest until years, often decades, after it has already happened.

But in this case, the defendants – who knew asbestos was present – did not hire an outside firm to conduct this portion of the renovation. Instead, investigators say, they cut corners by using at least nine high school vocational students to do it.

These students were in direct contact with the asbestos, breathing in the fibers directly because none of them were given the proper respiratory equipment to protect them from inhaling the material. This was a project that went on for months. And the defendants allowed it to go on, unthinkably putting each and every one of these youth at risk for developing terminal cancer later in life.

As one state attorney was quoted as saying, the defendants did not deem these students worthy of protection because they were “at-risk.”

For these actions, the defendants pleaded either guilty or no contest to a number of state and federal felony criminal charges against them, including violation of environmental laws, illegal diversion of construction funds, failure to pay payroll taxes, worker’s compensation violations and the unreasonable risk of injury to those nine students.

They will serve a total of about 2 years in prison.

It’s true that asbestos is no longer widely used in new products that are manufactured today, and that production has tapered off significantly in the last several decades. However, negligent asbestos exposure cases like this show us why, sadly, we will continue to see mesothelioma litigation for many years to come.