A mesothelioma lawsuit brought by a Massachusetts widow seeking compensation following her husband’s death was recently dismissed by a state appellate court, which ruled the plaintiffs had failed to bring enough evidence to prove the decedent’s illness was caused by the negligence of the defendant. 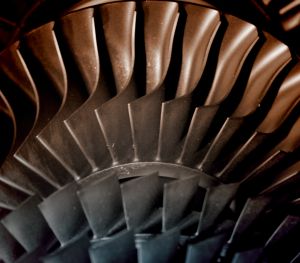 Our Boston mesothelioma lawyers did not represent the plaintiff in this case, Whiting v. CBS Corp. From the outside looking in, we can see how the case failed, and we can take from it lessons moving forward in similar litigation actions.

The case was first filed in May of 2008. At that time, the plaintiff’s husband had died of malignant mesothelioma. It was alleged in court documents that he had become sickened by his exposure to asbestos during his Navy service in boiler and engine rooms while aboard the U.S.S. Guadalcanal between 1968 and 1972.

Contained in the bowels of the ship were turbines and valves that were manufactured by the defendants. There were also pumps, pipes and valves that used insulation, packing and gaskets that contained asbestos.

The plaintiff sued CBS Corporation, the maker of those turbines, saying that her husband’s exposure to the defendant’s asbestos-containing products had made her husband sick and ultimately killed him. The defendants were accused of failure to warn of product dangers.

Unfortunately, the Massachusetts Superior Court granted the defendant’s motion for a summary judgment, on the basis that there was no evidence proving that the defendant’s product had contained asbestos.

It is the burden of the plaintiff lawyer, the court ruled, to prove that not only did the product in question contain asbestos but that the asbestos exposure from that product likely caused the plaintiff’s illness. CBS Corporation, previously known as Westinghouse, has approximately 104,000 asbestos-related claims pending against it. There is no question that a number of the company’s products contained asbestos.

The primary problem in this case appears to have been linking the plaintiff’s husband’s illness to the product. This is a challenge in many of these cases, as we are often many decades removed from the events in question and locating witnesses and securing documentation can be a challenge. A diagnosis alone won’t be enough to prove the case, even though we know that mesothelioma is caused solely by asbestos exposure.

Here, the only real evidence of the husband’s exposure to asbestos came from the testimony of a single shipmate, who said he couldn’t recall the decedent specifically working on the turbines, but said that he “would have” done so in the course of his work.

Other than that, the plaintiff lawyers provided no other direct evidence that the company’s valves were supplied with packing or gaskets, much less with packing or gaskets that contained asbestos. Plus, the materials that were in those boiler and engine rooms where so many veterans worked were produced by a number of different manufacturers. The plaintiff should have gone after each of them, and then perhaps the liability could have been divided.

No law firm can guarantee you results, but the reality is that there are too often basic errors and oversights that could have been avoided. It’s heart-wrenching because we know that this woman has not only endured the loss of her husband, but now also five years of litigation with no results.

Our attorneys have proven results in these cases. We know how to approach them. We know what works and what does not, and we have experienced legal teams dedicated to ensuring that each case gets the research and resources necessary to win.