Our Boston mesothelioma lawyers have become familiar with a range of under-handed legal tactics used by asbestos defendants. 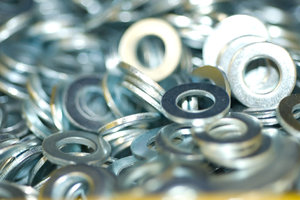 These involve obvious efforts to delay, skirt the primary issue or deny.

Even when these motives are so obviously transparent, they require the plaintiff’s attorney to be dexterous in eliminating such strategies.

The most recent attempt has been the fraud allegations that Garlock Seals Technologies has lobbed against a Texas mesothelioma law firm. The company’s claims are in fact so egregious that an organized group of personal injury attorneys are petitioning the judge in the case to allow them to intervene, stating such claims are not based in fact, but rather a calculated strategy as the company moves through the bankruptcy process.

The fact is, companies know that they have played a role in both employees and consumers contracting the aggressive and terminal cancer known as mesothelioma, which strikes those who have been exposed to asbestos. They also know that their negligence is likely to be very costly to them. It’s less expensive to drag the cases out for years and make spurious claims.

In this case, Garlock is alleging that the mesothelioma attorney has made repeatedly inconsistent claims about the origin of their client’s mesothelioma.

First, it’s worth noting that the prevalence of asbestos in a large variety of products often makes it difficult to pinpoint exactly which exposure resulted in illness. That’s why plaintiff attorneys will look extensively at a person’s work history and background, as it is often the result of some exposure during employment. But this is also why you will often see more than one defendant in these cases. Often, multiple companies may be responsible for exposure.

The personal injury lawyer organization contends that Garlock has made a host of similar claims since it entered bankruptcy proceedings in 2010. Garlock is one of 60 companies to be compelled to establish a bankruptcy trust as a result of mesothelioma litigation.

The fraud allegations, the group contends, have a clear bearing on the issues Garlock is litigating; namely, how much the company will have to set aside in its bankruptcy trust.

In the case in question, the plaintiff was a man who had worked at a company that sold asbestos-containing gaskets and other parts back in the 1960s. The plaintiff lawyers allege that the illness was caused by crocidolite, a rare kind of asbestos that is derived solely from Garlock products. However, Garlock claims the plaintiff attorneys were pursuing a similar claim against another company at the same time. It further contends it was roped into larger settlement than it would have paid had it been allowed to separate itself from the other defendants. (In Texas, juries are allowed to allocate a percentage of liabilities to third-parties.)

A judge has set the next hearing for the case for Oct. 11.