The widow of a Navy veteran who died due to complications from mesothelioma has had her $2 million award for pain and suffering reinstated by a state supreme court. 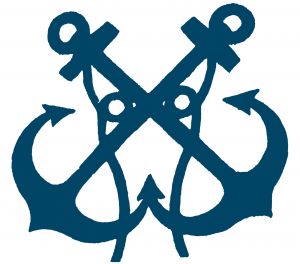 Boston mesothelioma lawyers were pleased to hear the action taken by justices with the Virginia Supreme Court regarding the amount owed to the retired seaman’s widow.

The reason this case was so closely watched by mesothelioma attorneys is that the victim, who passed away before trial, had sued under general maritime law. He had alleged that he was exposed to asbestos fibers, dust and particles that were in products manufactured by John Crane Inc., as well as nearly two dozen other defendants.

When the plaintiff passed away, the lawsuit was refiled by the widow, as executor of her husband’s estate, as a wrongful death action.

The majority of the defendants chose to settle with her, rather than go to trial. But John Crane Inc. fought back.

Before the trial even started, JCI filed a motion in limine that would have excluded all evidence of nonpecuniary damages. These are damages that are outside the scope of monetary damages. In other words, evidence of pain and suffering, loss of consortium, etc., would not be allowed to be heard at trial.

The company’s motion was denied by the City of Newport News’ Circuit Court.

Eventually, JCI and the widow agreed to a jury instruction that would divide the cost of damages among Garlock, Crane Company and JCI. (The other two companies, which had settled prior to the trial, manufactured the asbestos-laden valves and gaskets.)

The jury awarded the widow approximately $6 million, with 50 percent of that to be paid by JCI. That verdict included $2 million for pain and suffering, as well as $2.5 million for the loss of her husband’s services and income, another $320,000 for medical expenses and about $8,000 for funeral expenses.

But after the verdict, the company appealed, contending that the widow’s own liability theory was based on the fact that her husband had been exposed to the asbestos fibers while on board Navy ships, which were traveling at sea or docked in foreign ports. As such, they contended she would have only been entitled to damages under the Death on the High Seas Act, which is spelled out in 46 U.S.C. Sec. 3031. This act says that when the death of an individual is caused by a wrongful act or default that occurs on the high seas, defined as 3 nautical miles form the U.S. shore, a personal representative of the family may bring civil action against the person or vessel responsible. Part of what that law also says is that this general maritime law limits an award to monetary (or pecuniary) damages.

The case made it all the way to the Virginia Supreme Court, where it vacated the $3 million award that JCI was responsible. However, the widow then asked for a re-order, and the judges agreed to reinstate $2 million of that for her pain and suffering.

The justices cited the Jones Act, which holds that a seaman (or his representative) may seek recovery of losses or pain and suffering sustained during his lifetime. So essentially, the widow was granted the award based on her husband’s pre-death pain and suffering.