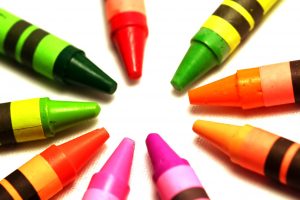 There are however some cases where asbestos exposure occurred due to exposure from common products found in the home.  In these cases, we are often dealing with children who were exposed at a young age, and then became very sick much earlier in life than typical mesothelioma plaintiffs in the Greater Boston area.

Several years ago, it was discovered that many people were using vintage Christmas ornaments.  While these may seem like great keepsakes, many of them were made at a time when asbestos was heavily used in their production. This problem was compounded by the type of asbestos used in these products.  Since asbestos is most dangerous when it is ingested or inhaled, asbestos in a dust-like state is much more harmful than asbestos used as ceiling tile adhesive for example.  However, when those tiles begin to break down and crumble, through natural wear or during a renovation or demolition project, the risk for exposure is once again very high.

In the case of these vintage ornaments, asbestos powder was actually used as fake snow, and this is why they are so dangerous. More recently, according to a news article from CBS Boston, asbestos has been found in popular packages of children’s crayons.   As discussed in this article, it is the talc used in the production of many crayons that has been found to contain asbestos.  As our Boston talc injury lawyers can explain, talc is a naturally occurring silica-based mineral that forms in the same geological conditions as asbestos, which also happens to be a silica-based mineral.

Talc, whether or not it contains asbestos, has been shown to cause cancer in the reproductive organs of women.  Exposure to talc in women typically comes from applying baby powder, which is primarily made of talc and possibly other inert powders like corn starch.  If the talc also contains any amount of asbestos, there is a high risk that the fibers can lead to cancer.

Once the fibers become implanted in the mesothelium, they can cause scarring which leads to a condition known as asbestosis, but they can also metastasize into the deadly form of cancer known as mesothelioma.  There is no way for the body to remove these sharp fibers and they will not breakdown under the conditions in the human body. Instead, they will cause the surrounding cells to turn cancerous and tumors will develop.  This typically takes between 20 and 50 years so most mesothelioma plaintiffs are older when they finally diagnosed.  This is especially true when exposure occurred during a plaintiff’s working life as they are already over the age of 18 in most cases when exposure first occurs.

When we are dealing with exposure from a household product, such as baby powder, or in this case, crayons, we tend to see younger victims since the exposure can occur much earlier.  The crayons tested in this study were manufactured by Playskool and packaged in boxes of 36. They have been sold at dollar stores and other major retailers across the nation including those in the Greater Boston area. There is a possibility other types of crayons have been contaminated with asbestos, but there is more testing that still needs to be performed to discover the full extent of the potential problem. While the crayons themselves do not tend to give off a lot of dust, crayons are marketed as being non-toxic because many children have been known to eat crayons.  There is also a risk the residue of the crayons will remain on children’s hands and then will be ingested when a child puts his or her hands in the mouth before washing well.

In addition to the crayons, the study also found that dry erase markers manufactured by Expo contain traces of a toxic chemical known as BTEX.  There is recent evidence that BTEX can lead to serious problems in the immune system, liver and kidneys. The only markers confirmed by researchers to contain BTEX are the scented ink varieties, but as was the case with the crayons, further testing is being performed to see if other products are potentially contaminated as well.

It should be noted that manufacturers of these products have either not returned requests for comments as of the time of this article, or have said they fully comply with all safety rules and regulations and are confident their products are safe.

It is not uncommon for companies to claim their products are safe.  This is exactly what happened with asbestos manufactures for years.  Not only did they claim their products were safe, when it was first discovered by the general public that asbestos was highly toxic, some companies even when so far as to say their products contained so-called safe alternatives to asbestos.  This was simply not true as many of the products were still largely being manufactured from deadly asbestos fibers.  This willful and wanton disregard for the safety of workers and consumers was the reason many mesothelioma lawsuits have involved such high punitive damage awards.

In a typical civil lawsuit filed in Boston, the goal is to place the plaintiff in the same position they would be in had the injury never occurred. While this can include damages for pain and suffering, these are still known as compensatory damages. Punitive damages are rare, but applicable in some cases where a defendant engaged in truly egregious conduct and the jury is allowed to punish the defendant or send a message that this type of conduct is not to be tolerated.