Asbestos is still found in many consumer products, and what most people do not know is that, with the asbestos ban determined to be institutional, having a product with small amounts of asbestos may be perfectly legal. However, according to a recent news article from Science Times, asbestos fibers have just be found in crayons being sold in the United States, and this is creating major concerns. 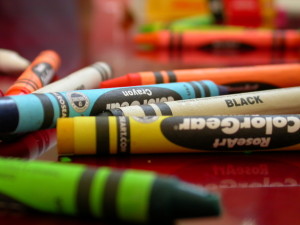 A nonprofit organization called the Environmental Working Group Action Fund (EWG) has allegedly discovered that a number of crayon brands being sold in the United States tested positive for asbestos. In addition to the crayon brands, a crime scene investigation set made for kids also tested positive in a laboratory analysis the Scientific Analytical Institute of Greensboro, North Carolina performed.

As part of the testing performed by the private materials testing laboratory, 28 boxes of crayons were examined, as well as 21 crime scene kits for children. The results were reported to be that four of the boxes of crayons tested positive for asbestos fibers and two of the crime scene kits tested positive. In the positive test results, asbestos concentrations were as high as one percent, which is certainly within the range to be dangerous, as our Boston asbestos exposure attorneys understand.

One of the major concerns is that there is no requirement to label the amount of asbestos that might be present, so it is not like parents can decide which brands to purchase. Some of these crayons containing asbestos are clearly labeled as being non-toxic.

The first question is why these crayons would have any level of asbestos in them when they are primarily made of a type of wax.

The reason there is asbestos in crayons is because these companies use talc as a binding agent. This talc is mined along with vermiculite and asbestos, as all three of the materials are composed of similar silica elements, which are formed in the same geological conditions, so they often exist together. Since the amount of asbestos likely to be present is less than 1 percent in the products, the companies are not required to perform any testing, since there is no total asbestos ban in the United States. Since asbestos must be inhaled to cause illness, and crayons are not generally inhaled, they are not required to list the substance as a toxic, even though it is known children commonly eat crayons.

It should be noted, this is not the first time asbestos has been found in children’s products and is not even the first time asbestos was found in crayons. As you may remember, the Consumer Products Safety Commission reported in 2000 that at least eight different brands of crayons were testing positive for asbestos. This created somewhat widespread fears among parents and consumer watchdog organizations, but, as often happens, the general public forgets, and the situation continues.

It should also be noted, there is no reason any of these crayons need to contain any amount of asbestos, as the companies could use a different binding agent or do some safety testing.