A recent article published on MSNBC.com highlights the mineral erionite, which, like asbestos, is being blamed as a cause of mesothelioma in New England and beyond.

The article looks at an area of Turkey where a majority of the deaths are being blamed on mesothelioma, a rare and incurable cancer that attacks the lining of the lungs and heart. Sadly, this isn’t just a problem that people of Turkey have. It happens right here in Boston and throughout New England. 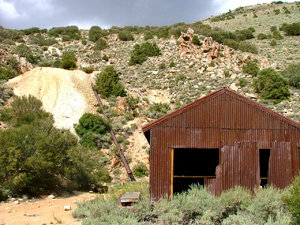 Our Boston mesothelioma lawyers are dedicated to representing victims who were exposed to asbestos or erionite who have been diagnosed with mesothelioma. Many military veterans have had their lives cut short because of exposure that led to the cancer. But even school-age children are put at risk because of old schools that contain asbestos and haven’t had it removed. In most cases, construction workers or those who worked directly with the material are most at risk.

According to the article, a study by the U.S. Geological Survey, Montana Department of Transportation and the U.S. Forest Service found that all Western states, including North Dakota and South Dakota, have deposits of erionite.

It is a natural mineral that because of its makeup is easy to use in building homes. So, many villages in Turkey are now called “cancer villages” because 40 to 50 percent of all deaths were due to mesothelioma. Animal studies showed that erionite is 100 to 800 times more dangerous than asbestos.

The article goes on to say that erionite got some attention in the United States in the 1980s, but that tapered off when researchers went on to other projects. While erionite is a word most Americans have never heard, it is unregulated and may be the new asbestos.

With roads, pipelines, power lines and wind and solar farms out west, it’s possible that residents are at risk without even knowing it. The article sites situations like in North Dakota, where hundreds of miles had been covered with erionite-tainted gravel.

This could be developing into a similar situation to that of Libby, Montana, where thousands of people have fallen ill and hundreds have died because a plant there was the main exporter of asbestos for the United States from 1920 to 1990.

Residents weren’t made aware of the dangers until many were already diagnosed and close to death. While no reports of illness have been reported in North Dakota, that may not be much of an indicator, since mesothelioma can take decades to show symptoms.

As the Mesothelioma Lawyers Blog reported in July, University of Hawaii researchers are studying regions of Turkey that have been hit hard with mesothelioma due to exposure to erionite in an effort to better understand the mineral and its effects.

It may not be long before researchers are looking at how the United States ignored this dangerous mineral and allowed its citizens to be exposed without regulation for so long, knowing it was hazardous.

5 Things You Should Know About Mesothelioma in Boston: October 1, 2011
University of Hawaii Receives Donation to Research in Mesothelioma in New England and Beyond: July 18, 2011
Additional Resources: