According to a recent news feature from Western News, H.M. Bowker has written a novel loosely based on her life in Libby, Montana. She has lost her father, two brothers, a sister and sister’s husband all to asbestos-related illness. Much of this was incorporated into her novel. 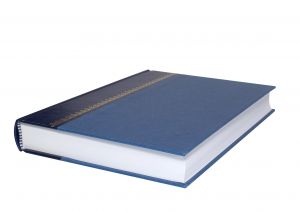 Libby, Montana is the site of the largest and oldest vermiculite mine in the United States, and was heavily used during much of last century. W.R. Grace owned this mine and employed many workers during its operation from 1920 to the 1980s. Town residents were constantly being exposed to vermiculite, as it was literally covering much of the town. Bowker recalls there was a pile of vermiculite near a baseball field and local kids would pretend it was snow and play with, or even lie in it, making vermiculite angels with their arms.

Vermiculite, like asbestos, is a naturally occurring silica compound that is resistant to heat and fire and was often used as an insulation material and to give commercial and consumer products heat and fire resistant properties. However, due its chemical similarity to asbestos, asbestos is often found in vermiculite as the elements formed in the same environment.

W.R. Grace denied their vermiculite was contaminated with asbestos, despite continued allegations from the Environmental Protection Agency, and failed to warn workers and town residents of the dangers.

The author’s brother is now dying “a slow death” from asbestos and gets worse every time she sees him. Asbestosis is a disease caused by asbestos exposure, like mesothelioma, but involves painful and damaging scarring of the lung tissue caused by asbestos fibers. Asbestosis victims tend to live longer than mesothelioma victims with proper treatment, but there is not an effective cure, and most patients will continue to suffer as the disease progresses until they can no longer breathe.

Bowker explains how her family was constantly being exposed to asbestos-containing vermiculite. Some of her family worked at the mine, as did much of the town. They would then come home from work covered in asbestos dust. She notes W.R. Grace could have easily provided workers with asbestos cleaning equipment to decontaminate them, but chose not to do so because it might interfere with their profits.

When she was a child, her father built a hotel, and her job was to help her brothers and sister install the insulation. The insulation was called Zonolite. Zonolite was an insulation product now known to contain asbestos installed in around 1 million homes across the nation. Zonolite was made from asbestos taken from the W.R. Grace mine in Libby, Montana.

It should be noted Zonolite is a gray/gold color with a pebble-like texture, and is still present in many resident’s attics. If you believe your home contains Zonolite, you should not try to remove it yourself, as that would be extremely dangerous. The law requires you to contact a certified asbestos abatement contractor to perform a study, materials testing, and obtain proper permits before any removal begins. Zonolite must be wet and placed in sealed containers before being taken to an approved disposal facility. It cannot be thrown out with ordinary trash.