Asbestos is a naturally-occurring substance, which was heavily used during the industrial revolution in the United States and Europe. Its use was so prevalent due to its abundance, low cost and effectiveness at resisting heat, fire, caustic chemicals and electricity. 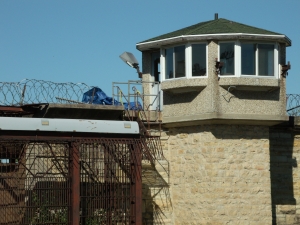 The nearly total ban on asbestos products in the developed world is because asbestos fibers are extremely toxic. Once inhaled, these fibers become lodged in the lungs and tissues known as the mesothelium where they can metastasize into a deadly form of cancer known as mesothelioma, asbestosis, lung cancer, and other respiratory illness. Doctors have no effective means to remove the fibers, or even detect their presence. After a period of 20 to 50 years, any illness caused by these fibers will typically present painful and debilitating symptoms. By the time a patient knows he or she is suffering, and goes to a doctor, it is usually too late for any effective treatment and patients may only have a short time to live – often times less than a year.

What makes matters more horrific is those in the asbestos industry were well aware of these risks long before the general public. Companies actually took steps to hide this information and even marketed their products as being safe when concerns did arise. Today, asbestos is hardly used in the United States, but there is still much of the toxic substance present in Massachusetts and across the world.

As our Boston mesothelioma attorneys can explain, asbestos is relatively safe if it is in a home or business, until it the building starts deteriorating from age. Even if a building is good condition, renovation and demolition create a serious risk of asbestos exposure and must be done according to local and federal law.

That is not always the case, as we can see in a case discussed in a recent article from Michigan Live. In what authorities say is the largest asbestos release in state history, three defendants were convicted and now face up to five years in federal prison.

Prosecutors alleged one defendant was in charge of a now-closed power generation facility and formed an agreement with the other two defendants that the trio would salvage any valuable material from the old plant and share the proceeds. He is also alleged to have failed to notify state and federal environmental oversight agencies that asbestos-laden materials were being removed. He did not have an inspection preformed or use a certified asbestos abatement contractor.

The court convicted two defendants with failing to wet asbestos material before removal. Proper asbestos removal requires material to be wet before removal from the job site. When asbestos is wet, like all debris, it is not as dusty and there will be a significantly reduced chance of environmental exposure. Wet asbestos-containing material is then to be placed in sealed plastic containers (not trash bags). At this point, a certified HAZMAT transporter can take the sealed containers to a hazardous waste disposal facility.